One Jacbous DeLong cousin baptized in 1720/21 died as an infant and the other lived to have a family.  Genealogists are divided about which is which so I’ll show it both ways.

1. Jacobus DeLange was baptized 6 Aug 1721 in Kingston, NY.  His sponsors were Henrik Bras and Geertruy Paarsen, probably maternal relatives..  His parents were Jonas DeLONG and Blanda (Blandina) PEERSON. He has been identified in no other record,and was not included with parents and siblings in 1739 land record.

Some sources say that Elizabeth was the daughter of Johannes Scherer and Elizabeth Leight.  While they were a frequent baptism sponsor in the area, they didn’t marry until 15 Sep 1741.

Children of Jacobus and Elizabeth:

Jacobus was taxed in Beekman, NY from Feb. 1743/44 through June 1766 with an assessment of two pounds in Feb. 1753. The DeLong Mss. claims that he removed to Greene Co. but the baptism of his son recorded 1763 in the Athens Church record was performed in Beekman with six other local children the same week.
“He took a lease in lot 21 on a farm of 295 acres on 15 Jan. 1750. This farm was located west of present state route 82, north of Noxon Road and south of Alley Road. Elijah Townsend later was on this farm. The lease was to Jacobus, his son Martinus DeLong Jr. (probably as Jr. because of [Martin b. 1748] son of Arie [b. 1705] …) and Johannes Scherer Jr.

It is possible that Elizabeth, the wife of Jacobus was a Scherer but the records of this family don’t seem to fit her in. The sponsors for Martin, son of Jacobus DeLong, b. 1749, were almost certainly Johannes Scherer, b. 27 April 1718 and his wife Elizabeth Light, and the Johannes Jr. on the lease was their son Johannes, b. 25 Aug., bp. 29 Sept. 1745 in Poughquag. The baptism took place at the home of the (step) uncle of Johannes Scherer. Andries Frederick Peck of Beekman, Johann Theobald Scherer, father of Johannes Scherer, m. in London England 7 Aug. 1709 Justina, step-sister to Andries Pick. … Johannes and Elizabeth (Light) Scherer were frequent sponsors for apparently unrelated neighbors.

“Jacobus DeLong … was a constable in Beekman in 1752 and the same year was a path master ‘for the lower part of Swago.’ We have no further records after the 1766 tax list. A Jacobus DeLong was on the tax roll for Kinderhook ca. 1766 or shortly thereafter. He was next to Marcus Dumond who was from Beekman. …

–[JDB] Jacobus was bpt. Poughkeepsie Oct. 12, 1720. Married Elisabeth by 1748.  I think Elizabeth may have been a Scherer because of inter-family associations but Frank Doherty thinks she does not fit into that family, and that they were just neighbors. They probably had a large family of whom only Martinus bpt. May 30, 1749 records of New York Lutheran Church and Johannes bpt, Oct. 15 1763, records of Zion Luth. Ch. Lunenburgh, NY are known. At one time, I had constructed a large theoretical family, being those persons in Greene Co. NY and immediately Westerly who could have gone there from Lunenburgh. But Doherty tells me the 173 baptism was down river in Dutchess by a travelling clergyman. So my “creative genealogy” had to be rescinded.  [AJB] From “The Valley of the Humber” by K. MacFarlane Lizars of Transitions & Enthusiasts Page 149 Survey 1798 Overseers of Highways and Fence, Jacob DELONG forth e Humber UVic call no. FC3095 H84L59 This Jacob and Jacob rin# 2404 are possible candidates for the above

Another Jacobus DeLong was baptised at Kingston 6 Aug 1721, sponsors Henrik Bras and Geertruy Paarsen, probably maternal relatives. Probably died young. He has been identified in no other record,and was not included with parents and siblings in 1739 landrecord. –[AJB] From “The Valley of the Humber” by K. MacFarlaneLizars of Transitions & Enthusiasts Page 149 Survey 1798Overseers of Highways and Fence, Jacob DELONG for the HumberUVic call no. FC3095 H84L59 This Jacob and the Jacob of rin #2447 are possible candidates for the above

Posted by: Michelle
Is anyone out there doing research on this DeLong family? I have a Jonas DeLong born abt. 1803-5 I am trying to verify as my gggggrandfather. He was listed on the NY Tompkins Cty, Ithica census for 1830 and the one I am trying to match is on the Chester PA Census in 1840 & 50, he was born in NY.

Roxbury was named from Roxbury, Conn., from which place many of the early settlers came. It was formed from Stamford, March 23, 1799. It occupies the extreme east portion of Delaware county. Its surface is a mountainous upland, forming a portion of the great plateau extending west from the Catskill Mountains. The declivities of the hills are steep and rocky and are mostly unfit for cultivation. The highest point on the N. and W. borders of the town are estimated to be 2800 feet above tide. The principal streams are the E. branch of the Delaware, flowing S.W. through the center of the town, Bear Kil in the E., Batavia Kil and Red Kil in the S., and numerous smaller creeks. The soil is a reddish clay loam. Roxbury (p.v.) lies on the Delaware, near the center of the town. .  The first settlement was made by John More, a Scotchman, on the site of Moresville, in 1786.  The first religious meetings were conducted by Rev. H. Myres.

John More, Israel Inman, Abm. Gould, Geo. Squiers, Josiah Pachin, Nehemiah Hayes, David Squiers, (most of them from Fairfield, Conn.) settled along the valley near the present village of Roxbury, in 1789.-Gould’s Hist. Del. Co., 197-98-99. The first child born was Charlotte, daughter of Nath’l Tiffany, in March, 1792; and the first male child born was John Gould, in Oct. of the same year. David Smith taught the first school, in the winter of 1794-95; Isaac Hardenburgh owned the first store, John More kept the first inn, and John Pierson built the first gristmill.

I don’t know how many DeLongs were in Roxbury, Delaware, NY in the early days. Here are a couple of potential relations:

Children of Jonas and Rachel:

Children of Johannes and Nabby

Note: some genealogies say that Eunice was born Dec 2, 1796 in New London, New London, Connecticut and John DeLong was born in Somers, Tolland, CT.  They agree, however that they moved to Dryden, Tompkins, NY. and that their son Orin was born in Delaware, NY in 1834. 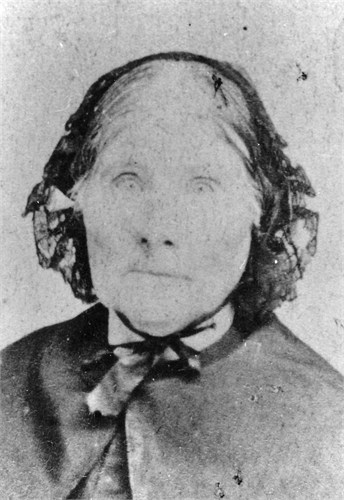 Oliver Reed, William’s eldest son, was born in New London, Conn. He came early to Delaware County, and hired a farm in Roxbury, where he married Eunice Dulong, daughter of John Dulong, a Delaware County farmer, who lived till the latter part of the nineteenth century. During the War of 1812 Oliver Reed did military duty for three months at Sackett’s Harbor. (See my post Battle of Sackett’s Harbor Later he removed to Cortland County, where he died at the age of eighty-four, his wife living to be three years older. Both were members of the Presbyterian church. He was at first a Democrat, but later became a Republican.

In the 1850 census, Oliver and Eunice were farming in Roxbury, Delaware, New York.

Eunice and Oliver had a large family of thirteen children, ten living to maturity. Esther Reed married a farmer named Abram Blumberg, and had four children. William Reed died in our Civil War, fighting bravely in the One Hundred and Sixty-fifth New York Regiment of Volunteers. John Dulong Reed lives with his family in Michigan. Aaron D. Reed became a physician, married Marian Hubbell, and died in Cortland County, New York, leaving two children. Lydia Reed married Peter Baljea, lives in Cortland County, and has two children. Phebe Reed is the wife of Loren Cole, a Michigan farmer. Dr. S. W. Reed is the subject of this sketch. [Smith W. Reed was born in Roxbury, June 21, 1830. He was educated in the Roxbury common schools, and in the Delaware Institute at Franklin. In the fall of 1850, when twenty years of age, he came to Margarettville, in order to study medicine with his elder brother Aaron, and subsequently received a diploma at the Vermont Medical College in 1854.] Polly Reed is married to Chapman Grinnell, a Tompkins County farmer. Orin C. Reed married Mary Ann Russell, and was killed in the Civil War, leaving one child. Sherman S. Reed married Miss Fanny Pierce, and lived in Tioga County. 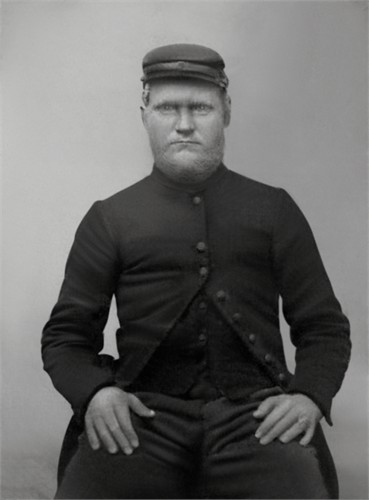 Eunice and William’s son Orrin C. Reed died Mar 29 1865 in the Appomattox Campaign, the final battles of the Civil War

Orrin (b. 15 Oct 1834 Roxbury, Delaware, New York – 30 Mar 1865 Virginia) enlisted as a Private in Company G, 185th Infantry Regiment New York on 19 Sep 1864. Killed Company G, 185th Infantry Regiment New York on 29 Mar 1865 at Quaker Road, VA. Also known as The Battle of Lewis’s Farm, it was the opening of the Appomattox Campaign, in which Confederate General Robert E. Lee’s army was dislodged from their besieged lines around Petersburg, Virginia, and began a retreat that would lead them to surrender at Appomattox Court House. There were 381 Union casualties that day.

James and presumably Hannah moved to Steuben County NY by 1810.

Children of James and Hannah

In the 1850 census, John and Delany were living in Wayne, Steuben, New York where John was a mason.