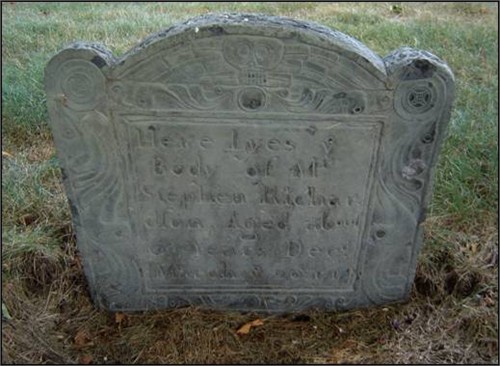 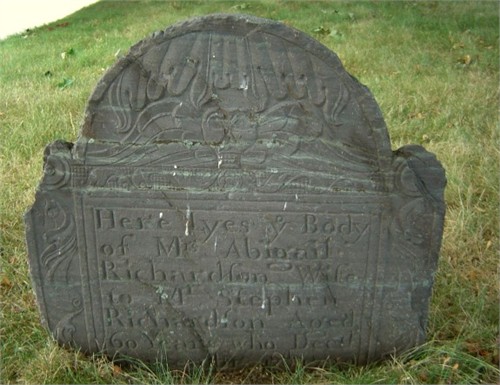 Children of Stephen and Abigail

Stephen Richardson resided in Woburn which then included Burlington and a part of Wilmington.  His land extended in Billerica which then adjoined Woburn.

William’s wife Rebecca Vinton was born 26 Mar 1683 in Malden, Middlesex, Mass. She was John’s brother and her parents were John Vinton and Hannah Green. Rebecca died in Jan 1757 in Attleborough, Bristol, Mass.

Col Stephen Richardson commanded a company under Colonel John Daggett and was made Colonel in 1778. One dau. known: Elizabeth Richardson 1763-1825.

At the first outbreak of the Revolution,he took an active and leading part in opposition to the oppressive measures of the British ministry. The town, Dec. 6, 1774, established “a superior and an inferior court, to hear and determine controversies that had arisen, or might arise in that town.”

Of seven inferior judges, Capt. StephenRichardson was one. March 19, 1776, he was chosen a member of the ” Committee of  Correspondence, Inspection, and Safety.” May 22., 1776, he was chosen one of a committee of five to prepare instructions to the representative of the town, Capt. John Stearns. Among other things, it was enjoined on the representative, that if the Continental Congress should declare the country independent of Great Britain, he should, in behalf of the town, sustain and defend them in so doing.
In October, 1777, he commanded a company, under Col. John Daggett, grandfather of the historian of that name, from Attleboro, stationed fori one month on Rhode Island.

January 12, 1778, Col. Stephen Richardson,his brother, Capt. Caleb Richardson, and five others, were chosen to prepare instructions to the representatives of the town, relative to the Articles of Confederation. Col. Stephen Richardson and two others were chosen, Aug. 2, 1779, members of the convention to meet at Concord the following October, for the purpose of forming a State Constitution.   He was a representative of the town of Attleborough in 1783 and 1785. .

Children of Seth and Mary:

i. Stephen Richardson b. 1710 in Woburn, Middlesex, Mass.

Stephen Fuller (1742 – ) was proprietor of the Half Way House in Walpole, Mass. a place for stage coaches to stop on their journey between Boston and Providence.

Daniel’s wife Joanna Mousall was born in 1693. Her parents were Joseph Mousall and Joanna Whittemore. 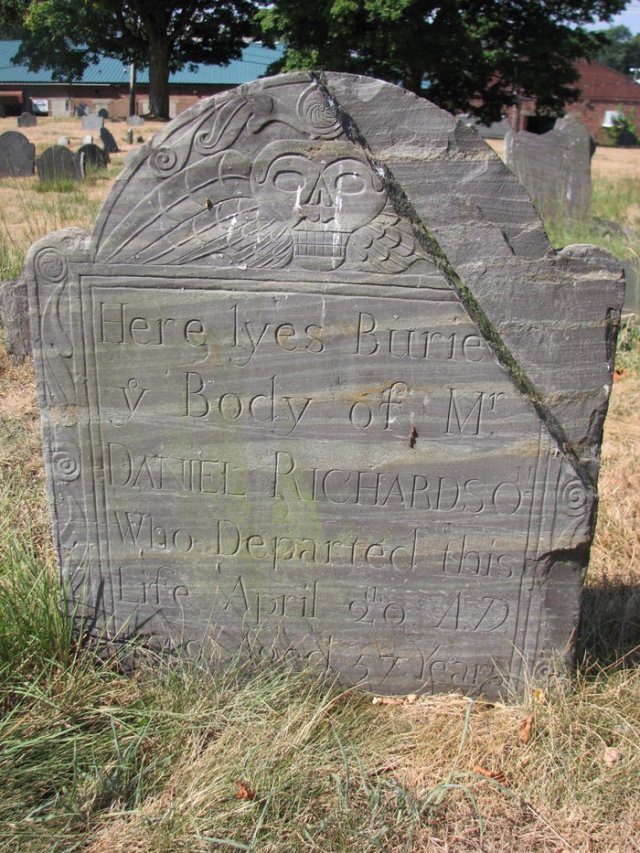 Historic homes and institutions and genealogical and personal …, Volume 2 By Ellery Bicknell Crane