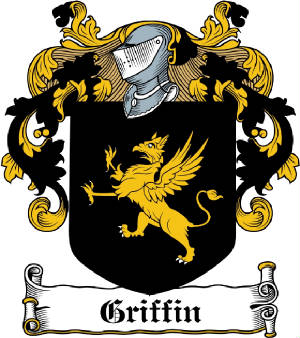 Humphrey Griffin (aka Griffing) was born in 1605 in Stepney, Middlesex, England.  He married Elizabeth ANDREWS in 1639 in Ipswich Mass.  Humphrey died about 1662  in Haverhill, Mass.

A will belonging to Robert Andrews mentioning Humphrey and John Griffin indicates that Humphrey was first married to Joan and that she died 17 Jul 1657. His second wife was Elizabeth. That would mean that Joan is the mother of the children. Note: “The Pioneers of Massachusetts” – In this book he talks about Humphrey working in a slaughterhouse and that he came to Ipswich in 1639 but was not accepted because the town was full. He moved on to Bradford, Mass.   But then on 19 Jan 1641 he bought a house and lot from Daniel Denison (this is also spoken of in Robert Andrews will) and he was able to get into Ipswich by purchasing this property. It says that he married Elizabeth Andrews, Dau. of Robert Andrews and then it talks about Andrews will and the Griffins.

Humphrey Griffin was a Butcher

Elizabeth Andrews was born in 1624 in Norwich, Norfolk,  England.  Her parents were Robert ANDREWS and  Elizabeth [__?__] or was a child of Elizabeth’s previous marriage, see Robert Andrew’s page for details.  After John died, she married Hugh Sherratt on 10 Feb 1662/63 in Haverhill, Mass.  Elizabeth died on 18 Apr 1670 in Haverhill, Mass

Children of Humphrey and Elizabeth:

Humphrey was also known as Hugh and Griffin was also spelled as Griffing.

He was a butcher. He was refused admission to the town of Ipswich in 1639 “the town being full”.  The Griffins remained in town He was finally admitted as a formal resident on Jan. 1, 1641 by purchase.  On 18 Jan 1641, Robert Andrews (Elizabeth’s father) witnessed a deed from Daniel Denison to Humphrey Griffin of a dwelling house and two acres of land, a meadow, and a planting field near the mill.

He was often a guest of the court system, being charged for “reviling his mother-in-law, drinking, profaning the Sabbath by working before sundown and fined for “undue pride” by allowing his daughter to wear a silk hood.

1639 – Humphrey Griffing, a butcher, made application to become a freeman of Ipswich, Mass. in 1639. This application was at first refused on the ground that the ‘town was full,’ but he was allowed to remain. . . .

19 Jan 1641 –  Humphrey Griffing bought a house and two acres of land near the mill at Labor-in-vain and a planting lot at Heartbreak Hill near Ipswich, Mass. from Daniel Denison. The deed was witnessed by Robert Andrews.

1646 – Humphrey Griffin contributed a day’s work and voluntary carting toward the building of the east bridge at Ipswich in 1646. . . .

1655 – The town of Ipswich, Mass. gave Humphrey Griffing permission to erect a ‘shambles’ or slaughter-house, twenty feet square, near the pound

1656 – when Humphrey Griffing fell off his horse and used ‘evil words, — his breath scenting much of strong liquors,’ as the witnesses testified, he was found ‘not drunk but admonished as to drinking!’

1656 – He was fined for unloading barley before sundown, thus profaning the Sabbath. –

1659 – ‘The daughter of Humphrey Griffin wore a silk hood in for which evidence of undue pride her father was fined 10s. Only the wealthy could wear silk with impunity.’ –

19 Nov 1661 – Administration on the estate of Humphrey Griffen was granted to his widow, Elizabeth, by Mr. Samuel Symonds and Major General Denison. It was ordered that an inventory be brought into the next Ipswich Court. – Ipswich Quarterly Court Records, vol.1, p.97. . . .

25 Mar 1662 – The inventory of the estate of Humphrey Griffing was taken, at Ipswich, Mass. The inventory was appraised by [our ancestor] James DAVIS and [also our ancestor] Theophilus SHATSWELL. ‘The estate was ordered to be divided as follows: To John GRIFFEN, the eldest son, £20; to the two younger sons, £10; and the rest of the estate to the widow.’
“The widow Elizabeth Griffin sued John Gaines for her dower in a house and land that Mr. Ropert Paine had taken from her husband by execution and of which Gaines was in possession, and won her case in 1662, in which year she also sued Peter Nash for debt.
“Elizabeth (Andrews) Grifing widow of Humphrey Griffing, married (2nd) 10 February (or 10 November) 1662/63 at Haverhill, as his second wife, Hugh Sherratt . Ipswich Quarterly Court Records, vol.1, p.104, vol.14, leaf 149; Published Probate Records of Essex County, Massachusetts, p.353.

From “Its About Time, Chronological Historic and Genealogical Research Notes on Some of the Maternal Ancestors and Descendants of America (Spilman) Mears (1846-1935),” compiled by William L. DeCoursey:

Robert Andrews was John’s Grandfather through his mother Elizabeth Andrews.  His grandmother was also named Elizabeth.

In ye name of God Amen. I Robert Andrews of Ipswich in New England being of perfect understanding & memory doe make this my last will & testiment.

Imprimis, I commend my soul into the hands of my mercifull Creator & Redeemer and I doe commit my body after my departure out of this world to be buryed in seemly manner by my friends &c.

Item, I give unto my wife Elizabeth Andrews forty pounds, & to John Griffin the son of Humfrey Griffin sixteen pounds to be paid unto him when he shall be twenty one years & if he shall dy before he comes to that age, it shall return to my two sonnes John & Thomas Andrews.

Item, concerning the fourscore pounds, which is to be paid unto my son in law Franklyn’s daughter, Elizabeth Franklyn, my will is that if she dy before the debt is due, it shall be thus disposed of, ten pounds of it shall go to my son Daniel Hovey’s child, Daniel Hovey my grandchild, & the other seventy pounds shall be divided between my two sonnes John & Thomas Andrews & if those my two sons should dy, then thirty pounds of it should be divided between my 3 kinsmen John, Thomas & Robert Burnam by equal portions & twenty more should go to Humfrey Griffins two other sonnes & the other twenty shall go to Daniel Hovey.

And because my son John Andrews is yet under age. I doe commend him unto Thomas Howlett as his guardian untill he shall come of age.

1665 – Elizabeth (Andrews) Griffing Sherratt, administrix of the estate of Humphrey GRIFFIN was successfully sued for Humphrey Griffin’s debts by Thomas Bishop and by Gov. Simon Bradstreet in 1669.

30 Jul 1670 – Elizabeth (Andrews) Griffing Sherratt made her will (Probated 10 Oct. 1670). In it she left property to her children by her first husband, vis:– John, Nathaniel and Samuel Grifing and Lydia Grifing and Elizabeth (Grifing) Deare, and to her son John GRIFING’s three children and her son-in-law Edward Deare’s 4 children.