Robert was a founder of Somers, Connecticut 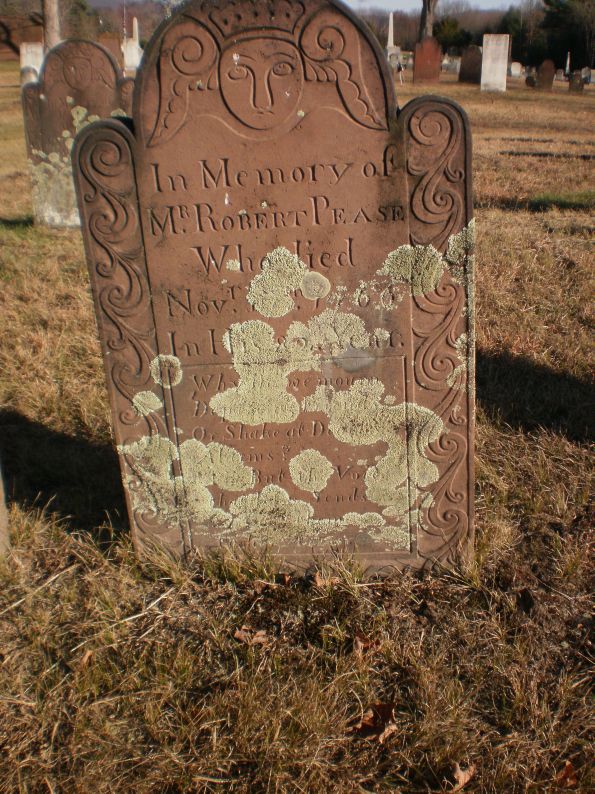 Why do we mourn departing friends,
Or Shake at Deaths Alarms?
‘Tis But the Voice that Jesus Sends
To Call them to his Arms

Hannah Sexton was born 18 May 1692 in Westfield, Mass.  Her parents were Joseph SEXTON and Hannah WRIGHT.  Hannah died 8 Nov 1711 in Enfield, CT a few days after the birth of their daughter Miriam.

Why do we tremble to convey
Their bodies to the tomb,
There the dear flesh of Jesus lay,
And left a long perfume.

Child of Robert and Hannah:

Children of Robert and Elizabeth Emery

Robert was a founder of Somers, Connecticut.

Somers is a town in Tolland County, Connecticut. The population was 10,417 at the 2000 census. The town center is listed by the U.S. Census Bureau as a census-designated place (CDP). In 2007, Money Magazine named Somers, Connecticut 53rd on its list of 100 Best Places to Live, based on “economic opportunity, good schools, safe streets, things to do and a real sense of community.” In 1734, Somers received its name from Lord John Somers of England. The first town meeting was held on  October 14, 1734. The following items were voted upon:

At all meetings and gatherings, rum and liquor was voted upon for the occasion usually by the gallon or barrel full and always recorded in the town records. Cider brandy was $.25 per gallon and American gin $.40 per gallon.

In 1749, Somers became part of Connecticut, and the town sent its first representative, Capt. Samuel Dwight, to  the capitol in New Haven. The first recorded birth was Benjamin Thomas in 1725 who was said to have made the first apple cider in Somers. From 1785 to 1818, everyone residing in Somers had to pay taxes for the support of the  Congregational Church unless they filed a certificate signed by the minister stating they belonged to another church and supported it. They were freed of this by the Constitution in 1818

Elizabeth’s husband Daniel Read was born 1714 in Norwich Connecticut.  His parents were William Read and Anna Stark.  Daniel died in 1814.

He removed to Blandford, Mass about 1780 and lived there a short time where he lost most of his wealth by the depreciation of “continental money.”   He returned to Somers where he died in 1805. 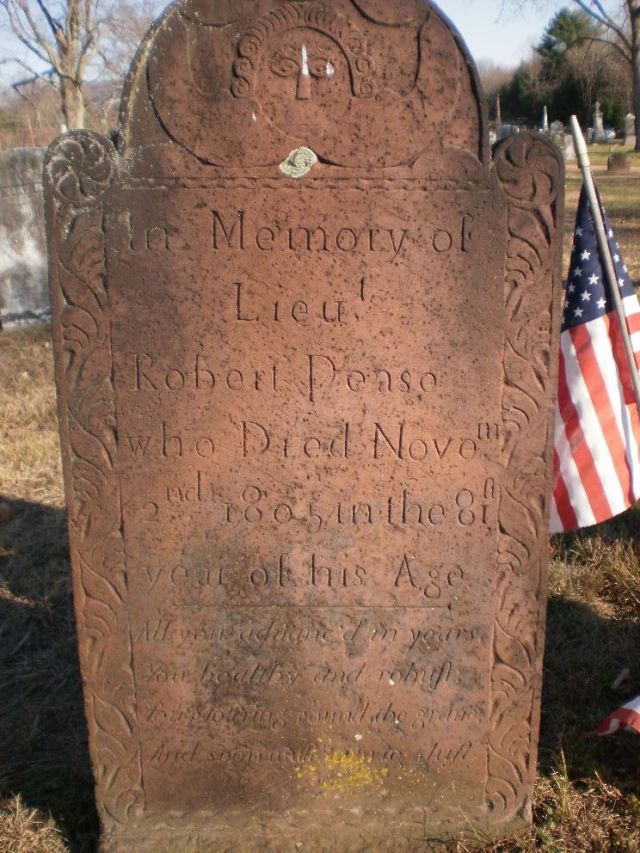 All you advanc’d in years,
You healthy and robust,
You’r tott’ring round the grave,
And soon must turn to dust.

Children of Robert and Hannah:

Emery was a man held in high esteem.  He was a Justice of the Peace, and was one of the first to rally at the call of his country to defend its liberties.  He marched to Boston at the first alarm in the Revolution and was more or less engaged as a Captain of a Militia company during the Revolutionary struggle.

Here is a voice directed here,
To old and young & all,
That they be ready to appear,
Whenever God shall call.

Children of Emery and Mary

Abial was an officer in the Revolution, probably in the Connecticut Militia.

He had but one child, a daughter named Esther.

This dark abode proclaims the truth,
To bending age and blooming youth,
You must your active powers resign,
And be a mouldering corps like mine.

Noah was a Corporal in the Connecticut Militia in the Revolutionary War. He was a respectable farmer living in the center of the town of Somers.