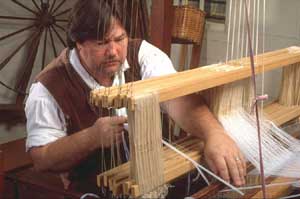 Children of Nathaniel and Miriam:

Nathaniel Pease was born in Enfield.  Like his grandfather, he was a weaver by trade. In 1759 he settled in Blandford, Massachusetts, where for several years he carried on a public house in connection with farming, and for three years was a member of the board of selectmen. In 1771 he sold his tavern to his son Levi and is said to have removed to Stephentown, New York, where he died December 24 1730.

He married Miriam Pease, daughter of Robert, the latter a grandson of John Pease Sr.  of Salem, previously referred to as having emigrated with his brother Robert (II).

Blandford was first settled in 1735 by Scots-Irish settlers and was officially incorporated in 1741. Settlement came to Blandford and other “hilltowns” some 75 years after more fertile alluvial lowlands along the Connecticut River where tobacco and other commodity crops were cultivated. In contrast farming in the hilltowns was of a hardscrabble subsistence nature due to thin, rocky soil following Pleistocene glaciation and a slightly cooler climate, although upland fields were sometimes less subject to unseasonal frosts. Initial settlement in the nearby Pioneer Valley was by EnglishPuritans whereas Blandford’s Scots-Irish settlers were Presbyterian and their English was still somewhat influenced by Gaelic. Thus there were significant ethnic, religious, economic, and linguistic differences between these adjacent regions of settlement.

Population density in Blandford and other hilltowns was limited by outmigration by about 1800 as more productive land in Western New York and the Northwest Territories became available, however emigrants were typically young men and women, while the older generation and usually one or two children usually remained in place and farms were not yet abandoned.

Stephentown was first settled around 1765. The town was formed in 1788, from the East Manor of Rensselaerwyck District. The Stephentown pioneers were from New England, primarily Rhode Island and Connecticut, and arrived from the southeast.

Hannah and Job had the following children

(Details may be another Joel born in 1737, son of Abraham Pease and Abigail Warren)

Children of Joel and Elizabeth

Levi learned the blacksmith’s trade, which he followed to some extent, and when a young man went to Stephentown, New York, but returned in 1770 or 1771, bought his father’s tavern in Blandford and carried it on for some time. At the breaking out of the Revolutionary War he was enrolled in a Blandford company of Minutemen. but instead of serving in the field was assigned individual duties. For some time he was employed by General John Thomas on the northern frontier as a postrider, and displayed much courage and discretion in eluding capture while conveying important despatches. He subsequently proved exceedingly useful to General Jeremiah Wadsworth, who as commissary-general employed him to purchase beeves and other supplies for the army. In these transactions he was often entrusted with large sums of money, for which no receipt was required by the General, who had implicit confidence in his integrity, and he never betrayed that confidence. Upon the arrival of the French fleet and troops at Newport, Pease was employed by the Continental government to procure horses for the purpose of conveying the artillery to Yorktown, and he was afterward engaged in foraging for the army. He was always referred to as Captain, but there is no record of his ever having been commissioned.

Shortly after the close of the war he established a stage line between Somers and Hartford (26 miles), and for many years was engaged in that business. In 1786 he removed to Boston, where he kept the New York stage house, some three or four years, and operated a stage line from that place to Hartford (100 miles). His business expanded into large proportions, and at one time he conducted a stage line from Portsmouth, New Hampshire, to Savannah, Georgia (1,080 miles), which carried the United States mail.

For a long time he held numerous important mail contracts, many of which he sub-let to others, holding himself responsible for their conduct, and at that time he was the only mail contractor in New England known to the postoffice department. He was the first person to procure from the commonwealth a charter for the construction and maintenance of a turnpike road, which superseded the former almost impassable highway through Palmer and Wilbraham to Springfield, and while the public acquired the advantages of a good thoroughfare, its public-spirited projector lost heavily by the undertaking through the subsequent depreciation in value of its capital stock, the major portion of which was owned by Captain Pease. About the year 1794 he established his residence in Shrewsbury, Massachusetts, purchasing the farm and tavern stand of Major Farrar. and carrying on both for several years afterward in connection with his stage lines. He outlived all of his children, and died in Shrewsbury, 14 Jun 1832, aged ninety-three years.

More about Levi Pease's Stage from A genealogical and historical record of the descendants of John Pease, Senior by Rev. David Pease and Austin Pease 1869

Children of Levi and Hannah: 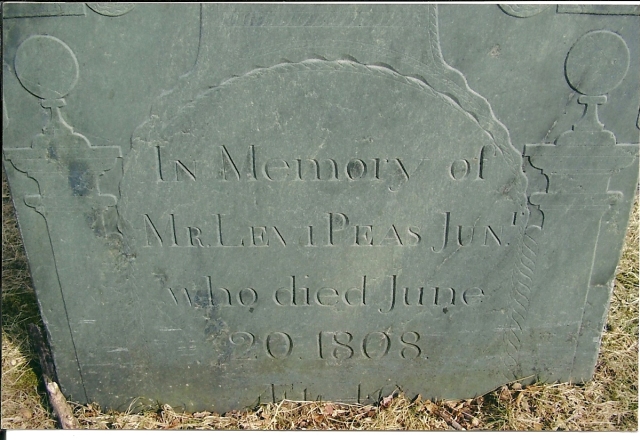 William responded to the Lexington alarm as private in Capt. Seth Smith’s company from New Hartford, CT.   He was engaged as a teamster in the Revolutionary War under the direction of Commissary General Jeremiah Wadsworth.

Children of William and Violet

i. William Pease (1770 – ) m.  his first cousin Stala Hickok of Lanesboro, Mass. where for a time he carried on the trade of blacksmith.  He later moved to Charlotte, Addison, Vermont.

Child of Eleanor and Samuel

i. Abel Potter b: 1773 in Coventry, Kent County, Rhode Island

Genealogical and personal memoirs relating to the families of the …, Volume 3 edited by William Richard Cutter, William Frederick Adams

A genealogical and historical record of the descendants of John Pease, Senior  by Rev. David Pease and Austin Pease 1869 (This book includes the story of Nathaniel Pease II dying at sea and includes Nathaniel Pease III b. at Enfiield December 28, 1753 History unknown.  The footnote for this information refers to Dr. John C. Pease. 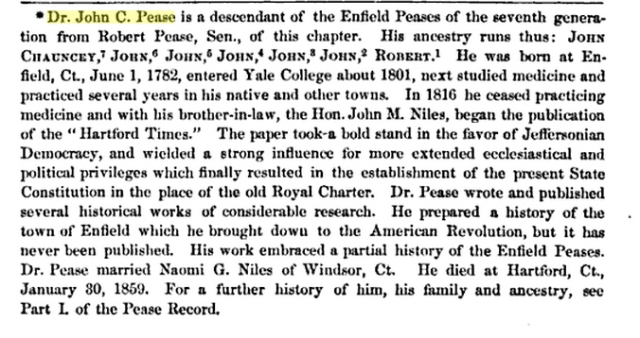 10 Responses to Nathaniel Pease I