George STRONG (c. 1556 – 1635) was Alex’s 11th Great Grandfather; one of 4,096 in this generation of the Miller line. He didn’t immigrate, but had double descendants in our line through his sons Thomas and John Richard.

George Strong was born about 1556, but I haven’t found any direct evidence about the date. His father was John STRANG (c. 1515 in Tauton, Somerset, England – ). He lived most of his life in Chardstock, Devon, England.  Chardstock is about 4 miles equal distance from Chard in Somerset and Axminster in Devon.  His wife may have been nameed  Elizabeth WARY or BOWDIGE. George died about 1634/35, Chard, Somerset, will proved 13 Feb 1634/35.

Children of  George and Elizabeth:

George Strong’s cottage was built in the late 1500s, likely for Strongs who later moved to Chard (about 4 miles away).

The Strong Cottage was built by the Chardstock Manor Estates. The current Lord of the Manor is Jonathan Milford who lives in Manor Home in Chardstock. The Strong Cottage was rehabilitated around 1993.  Jarvis Strong’s project to help the rehab provided $10,000, which was a bit less than 10% of the total. It did indicate American interest in the project, though, and provided the impetus for the owners to complete the cottage rehab. The cottage is presently rented by Joe Harrison as his home.  Check the Strong Family of America website for details on how you can visit.

As a tailor living in Chard, his will, dated Nov. 20, 1627 and proved Feb. 13, 1635, names sons Thomas and Walter, granddaughters Marie, Elizabeth and Joane, and grandsons William and John.

1629 – “We do present George Stronge for that he dothe sell fuell furses [Furse is a Devon surname as well as one of several names for the evergreen shrub more widely known as Gorse.  Gorse is closely related to the brooms, and like them, has green stems and very small leaves and is adapted to dry growing conditions.] in the commons and carry them into another parish and burn them contrary to the customs of the our manor, therefore he is fined ten shillings; and that George Stronge hath pulled downe a barne builded upon posts upon his cottage and carryed the tymber into another manor and hath also rooted upp certayne apple trees growing uppon his said cottage and carryed the same out of the manor”.

20 May  1635 – Presentment of the death of George Stronge since the previous court and that he was tenant of TWO COTTAGES in Chardstock towne, to which Thomas Stronge was thereupon admitted as the next tenant. [Robin Bush, pub. By M&J Clearinghouse] 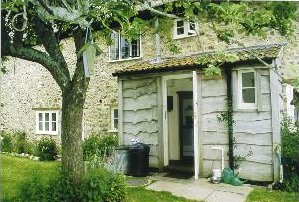 1636 – “That George Stronge, tenant since the last court to the cottage in Chardstock town and doth happen to the lord for a death duty, and that Thomas Strong is the next tenant”.