I used to think Dorothy Colby was born in 1686 in Amesbury, Mass. and her parents were Anthony COLBY II and Elizabeth WEST.  This is the way http://www.genealogyofnewengland.com/f_75.htm#399 has the relationship and the way I originally had it.  I don’t now think his  is correct, especially  because Samuel and Dorothy’s fourth child was named Parrott.

Children of  Samuel and Dorothy: 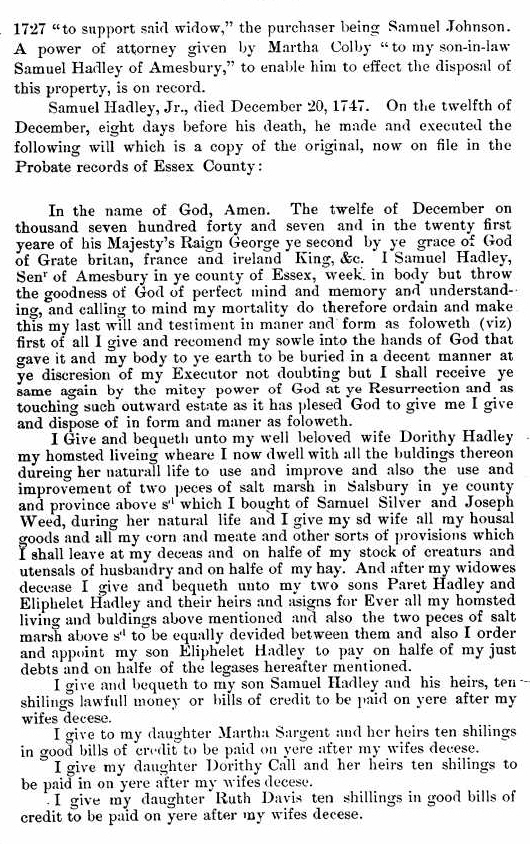 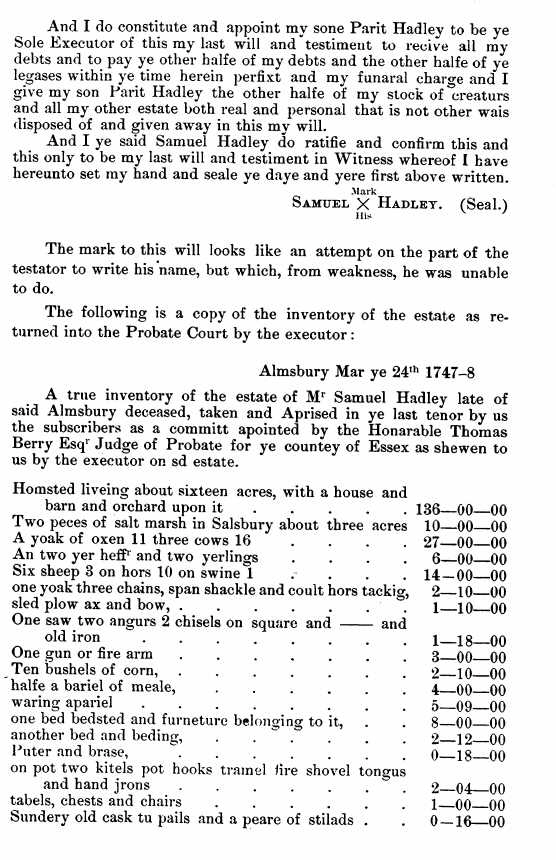 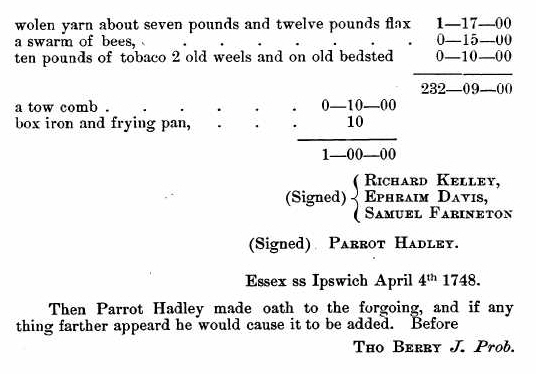 Samuel Hadley III b.1707 had two daughters Hepzibah b.1744 and Sarah b.1736 were President Chester Alan Arthur’s great grandmothers on his mother’s side 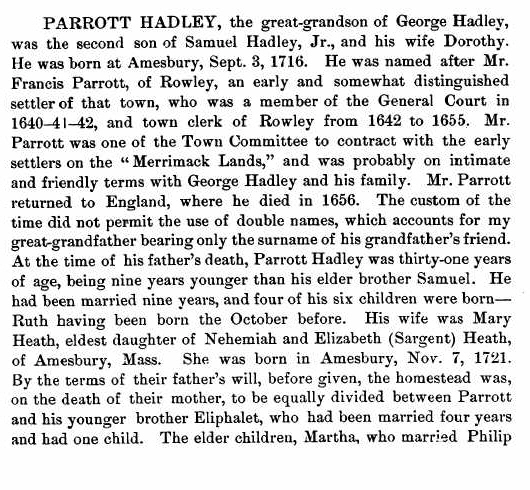 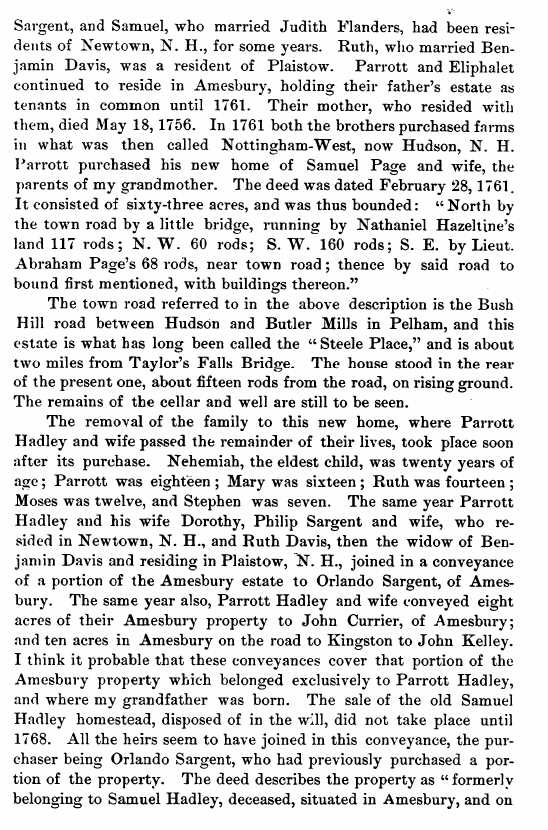 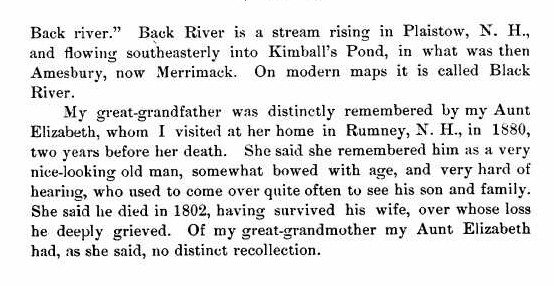 This entry was posted in 10th Generation, Line - Shaw and tagged Amesbury. Bookmark the permalink.