Howard Irwin SHAW (1874 – 1960) was Alex’s Great Great Grandfather; one of eight in this generation of the Shaw line. 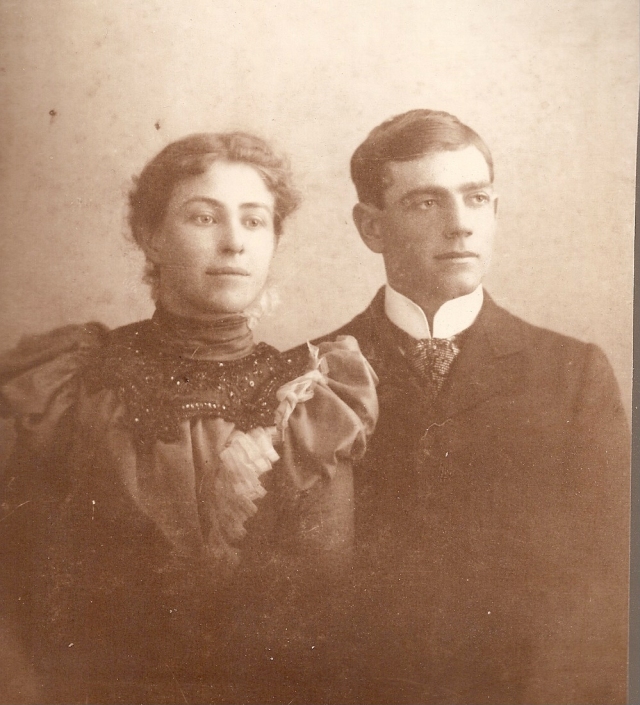 Children of Howard and Nellie:

Howard and his brother John (Grandma Miner’s Uncle Jack) were inseparable. They attended a Presbyterian Academy in Wisconsin.

When Howard’s father died in Wisconsin in 1886, the family moved to Bozeman, Montana where Howard was a member of the first class at Montana State College.  MSU was founded in 1893 as the state’s land-grant college, and was first named the Agricultural College of the State of Montana.

After his education as a mining engineer, he went to work at the mines in Gilt Edge where he boarded at Eleanor and Ernest King’s house.  He met his future wife Nellie Coleman who was visiting her sister Eleanor.  Nellie used to eat her dinner on his plate after he left.   Howard and Nellie drove in a blizzard to Lewistown to be married.  The story of Gilt Edge is told on my Western Pioneers page.

I received a letter from you a few dayes since, was glad to hear from yourself.  Nellie had told me something of what had been happening and now yourself has told me with your pen, I am a believer in love and as you have been so free to tell me your great love for my Baby Nellie, I will say to you that I loved her Mother from a small Boy and it never grew less while life lasted.

And now it is my prayer that you both may love each other as long as you both may live and may the choicest blessings of God rest and remain with you son long as you live, should be very much pleased to see you shall hope to some time,,

I am 66 years old have worked at blacksmithing over forty-five years and still shoe horses every day.  Have been in this town most 43 years.

Please give my love to Nellie when you wright, we have had the grip at our house.  Most Coleman has been sick over a month.  It’s better now, please excuse me for not answering your letter before so will close good night yourse truely

Grandfather Shaw was a dreamer, forever running after instant riches. Mother considered him irresponsible, but called him Dear Poppa.

The Coleman brothers and sisters returned to Anoka as a reunion just prior to G. D. Coleman’s death in 1903.  You will notice that Nellie is wearing the same dress as in the family photo and the photographer was the same, “Nelson, Anoka”

At a meeting of the stockholders of the Barnes-King Mining company at Lewistown [Montana] on Friday evening a most agreeable surprise was sprung upon Superintendent Howard Shaw when at the conclusion of the business session, E. W. King, president of the company presented hi with a magnificent gold watch and chain.

The watch is one of great beauty in both design and workmanship the monogram especially being most elaborate and ornate.  The watch is made entirely from gold from the Barnes-King mine and was designed by T.W. Humphrey,  The chain is made from the same gold and is the handiwork of Mr. Humphrey.

While the intrinsic value of the watch and chain runs into hundreds of dollars, it is the spirit which prompted its presentation that causes Mr. Shaw greatest satisfaction.  It is practically a testimonial of the high esteem in which Mr. Shaw is help by his employers and a token of their regard for his splendid services to the company.

Everett says Nellie was the most loving person he has ever known. Not just with him, but with everyone. She tended to call people “precious”, which bothered him at the time. She lived without negative thoughts. She was never depressed. (As far as I know.) She was so optimistic that many people had a hard time dealing with her. Mother, I think. was one. In short she was not a realist. Her universe contained only unbounded love.   An Old English word applies: Fey, adjective. Giving the impression of vague unworldliness. Perhaps having supernatural powers.

Nellie came from a wealth family in Minnesota. Her sister had married a mine superintendent in Montana and Nellie went for a visit in the summer of 1898. She met Howard, who came to the mine in Gilt Edge to install an extraction process for the gold ore they were digging out of the hills.  When the mine petered out, so did the town and there is nothing left to see of Gilt Edge. Eleanor’s brother Howard Jr. was a couple of years younger and was always known as Buddy to the family.

They made a good deal of money from that mine, and when the vein was exhausted, they went on to Rawhide Nevada, where they dumped all there gains into a dry hole.

By 1910 they had moved on to San Diego County where they had established a dairy farm near Lakeside.

1915 Eleanor: Lakeside Farm – Caption – Our ranch where Bud and I grew up for ten years

The flood of 1916 washed everything they owned down the San Diego River.

When I first met them they were Mama and Pop, Eleanor’s name for them. Nellie was a dear , fey, optimistic, loving person.  When I knew grandmother, and I am sure all of her life, she believed that she abided in a universe of pure love. Some would have said she was unworldly, perhaps even fey, but few would have criticized her unfailing optimistic view of the world. I don’t think she had a bad word to say about anyone or anything. She particularly liked me. I remember cringing when she called me ”precious“. Remembering now, it makes me smile. Pop was kind, gentle and unworldly. All this is a great deal more interesting to me now (3/4/2003) than it was when I had them or my mother around to ask about the details. She was proud of the fact that her family had been in North America well before the Revolutiobary War and that she was entitled to be a member of the DAR, although she had no intention of actualy joining. Family members had done extensive work on the family’s geneology, none of which was of interst to me at the time

Bud’s wife Betty Botkins was born 16 Aug 1905 in Randolph County, Indiana. Her parents were Thomas Botkins (1876 – 1932)  and Clara A West (26 Nov 1875 Indiana – 24 Apr 1969 San Diego, Calif.). Her parents were married 20 Mar 1901 in Delaware County, Indiana. In the 1910 census Thomas was the propriator of a dye works in Muncie, Indiana while his father Addison was a partner in a moving picture show.  In the 1920 census, Betty (who went by Mabel at the time) was living with her parents in San Diego where her father worked as an automobile tire training agent.  Her grandfather Addison Botkins lived next door and also worked as an automobile tire training agent.  In the 1930 census, Betty  a Bookkeeper in a Shoe Store was living with her mother who owned a Variety Shop in San Diego and sister Dorothea.   Betty died 16 Apr 1987 in San Diego, Calif.

“Buddy” or “Bud” Shaw attended the University of Oregon in Eugene, Oregon, like FE Miner, where he graduated with a degree in architecture.  Bud married Betty Jean Botkin 2 Aug 1935 San Diego CA

Bud went to work for Frank Hope where he continued to work until his 80’s. Howard Irwin Shaw Jr. was an architect in San Diego. 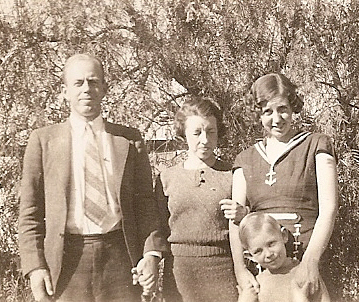 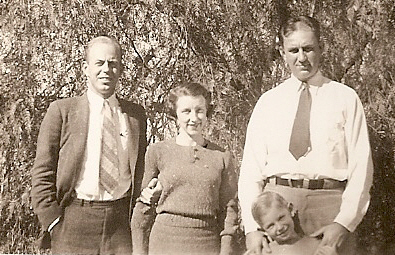 The University of San Diego Campus was a long term project for Frank Hope and Buddy.  Bud designed many buildings on the campus.

On September 30, 2011, the University of San Diego was named one of the ten most beautiful college campuses by Slate Magazine.

Some campuses are an amalgam of styles; the University of San Diego sticks to just one, and what a glorious one it has chosen—the Spanish Renaissance, with its elaborate façades, delicate ironwork, and carved woodwork. Ocean views and palm-tree-lined courtyards only add to the paradise-on-campus appeal.

Photo-op: The Immaculata Chapel, with its piercingly blue dome, visible from much of the city.

To-Do List: A walk around the Garden of the Sea, behind the Joan B. Kroc Institute for Peace & Justice, and its serene reflecting pool and gardens overlooking Mission Bay and the Pacific Ocean. 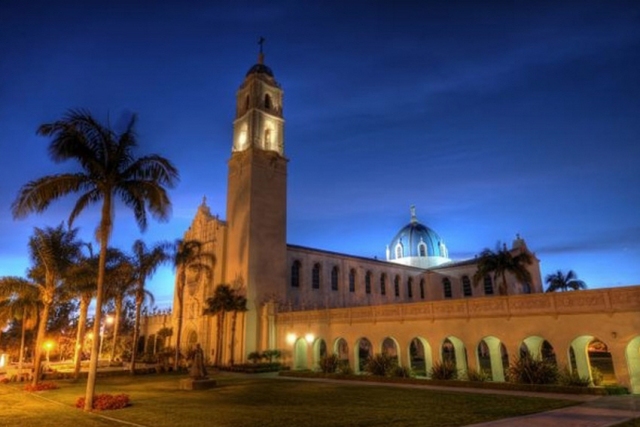