Many thanks to Chuck Russell who just sent me these two letters that my great grandmother Nellie Coleman (later Shaw, See Howard Irwin SHAW’s page) wrote to her aunt Elvira Coleman Gilbert.  Chuck is the grandson of Nellie’s sister Lucy and BBF Lucy.   Nellie wrote these letters in pencil because she “hasn’t conquered her aversion to pen and ink” and over 113 years the letters became faint.   However, through 21st century magic, I  adjusted the contrast so it’s easier to read.

Nellie was 13 years old when she wrote this first letter.  She was living “out west” in Anoka Minnesota and her aunts and uncles were in the east in Vassalboro, Maine.

Nellie Coleman age 18, four or five years after she wrote these letters

Her father’s younger sister, Eleanor, who everyone said looked like Nellie was born 1 Jul 1850 in Vassalboro and died at age ten 18 May 1861 Vassalboro. I don’t have a picture. 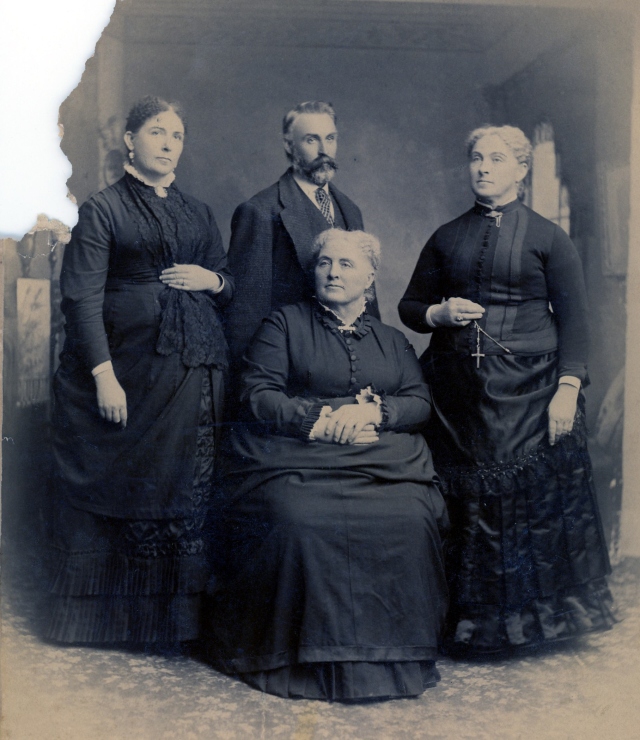 I’m not sure if this is the picture Nellie was referencing, but it has the four aunts and uncles she mentions.  Elvira, Charles, Eliza and sitting Cynthia Maria Coleman
Photo Credit: Margaret Gilbert Peterson

Nellie was 14 years old when she wrote this second letter.  She would later join her brother Ammi and sister Eleanor in the “wild and wooly west.”   The mining town where my grandmother was born, Giltedge, Montana is now a ghost town.

Edgar Howard Fitz was  a civil engineer and architect from St. Paul, came to work on a bridge spanning the river at Anoka.  ”He went on Sunday to the church” where he met Esther Coleman.  they made their home in St. Paul.  Office work proved too confining for E.H. Fitz so a few months later they moved to the farm in Martin County near the Iowa state line, later known as Cedar Park Farm.  When Dudley was two years old, the farm was rented for a year and the family went to Great Falls, MT to join the King family. 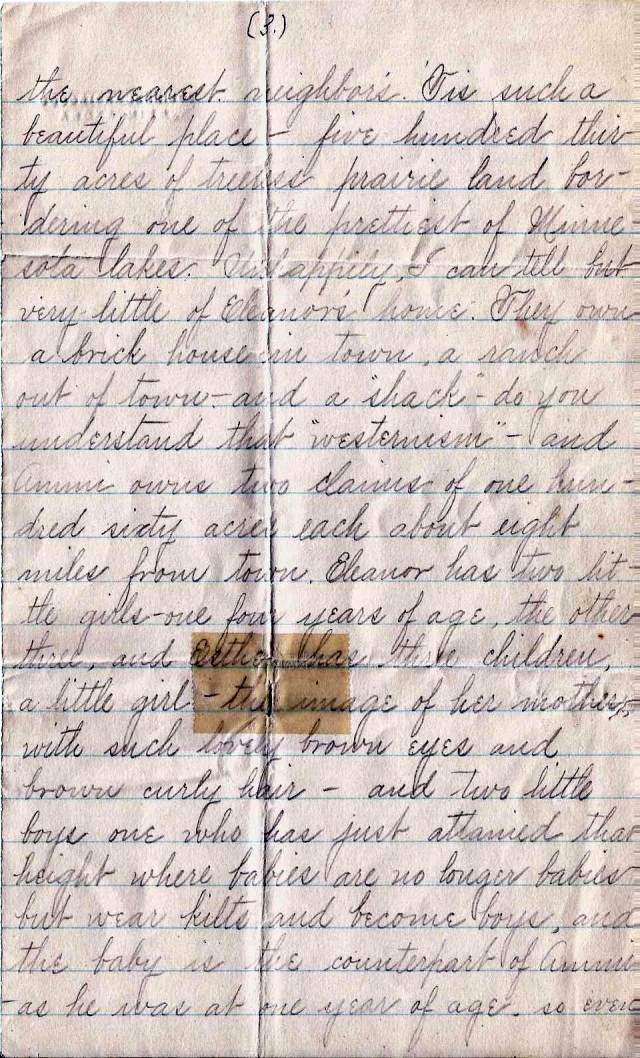 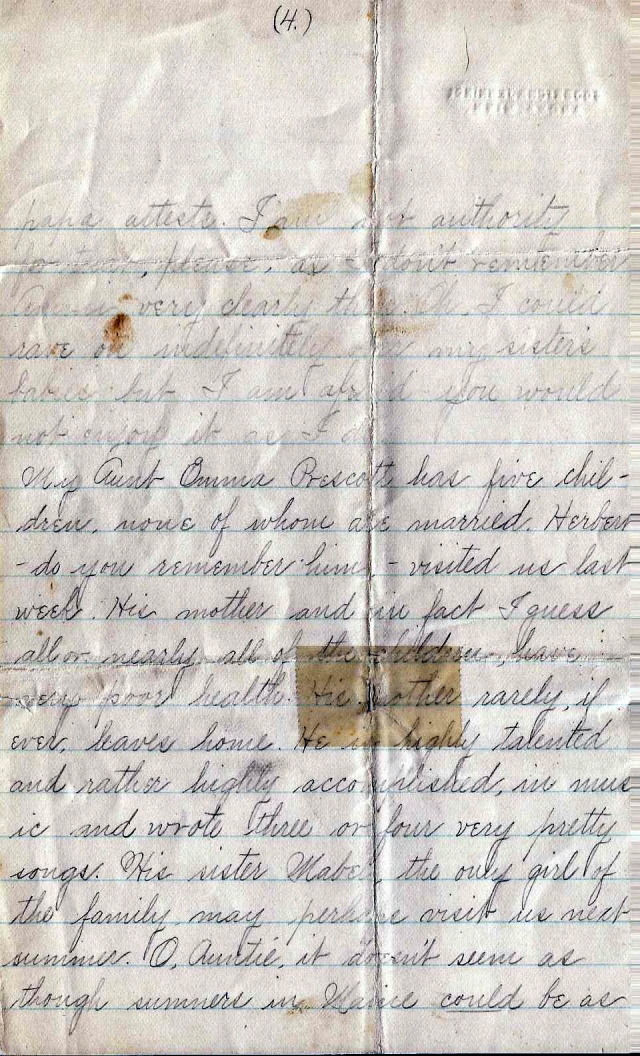 Mabel Prescott who perhaps visited the next summer was born  1 Mar 1872 in Montour, Tama, Iowa  and died 5 Jan 1956 in Los Angeles, California.  She married Putnam David Smith (b. 11 Aug 1857 Grant County, Wisconsin – d. 27 Nov 1933, Monfort, Grant, Wisconsin) Putnam was 15 years older than Mabel. In the 1910 census, Mabel was an artist (picture painter) in Brooklyn Township, Oakland, Calfornia. In the 1920 census, Putnam was now the artist living in Atascadero, California. By the 1930 census, Putnam and Mabel were retired in Los Angeles. After Putnam died, Mabel married a man named Liddle.

In the 1900 census, Richard was a butcher in Ramsey, Anoka, Minnesota. In 1910, he was a general farmer in Ramsey.

This entry was posted in Line - Shaw. Bookmark the permalink.