Posted on November 6, 2014 by markeminer 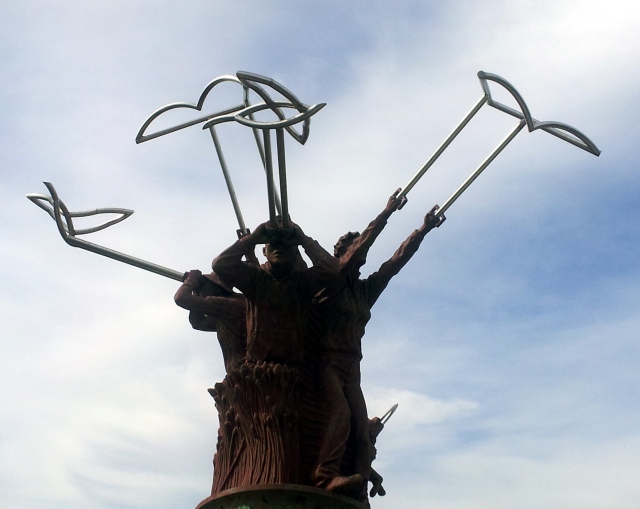 The artwork, titled “Berkeley Big People”  by artist Scott Donahue was dedicated in 2008.   Visible from about a mile in either direction, the 30-foot-tall fiberglass sculpture is the largest and most expensive piece of public art ever commissioned in the city.

“It’s monumental in scale, in money, in visibility,” said Mary Ann Merker, the city’s civic arts coordinator and the project manager. “It’s our way of welcoming people to Berkeley. It’s exquisitely done – but if some people don’t like it, that’s OK, too.”

Caltrans officials are among those who have been less than thrilled with the project. The agency initially was concerned that the sculpture, standing over Aquatic Park, would distract drivers and might topple in the wind.