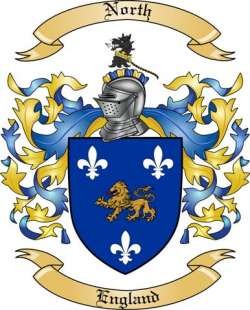 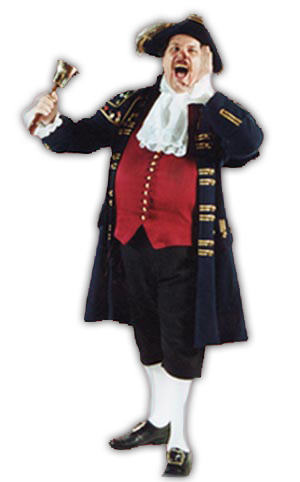 Children of  George and Susanna:

Richard North of Salisbury, Massachusetts was a husbandman (which means that he was a planter). He was pound-keeper, fence-viewer and a town “Cryer” beginning in 1643. Richard received fifty shillings for two years of service, and twenty shillings for one more year.

In the name of God Amen: The 26th day of January 1648, I Richard North of the towne of Salisbury in ye County of Norfolke, Massechusets in Newengland. Husbandman being weake in body butt of sound & pfect memory (prayse bee givin to God for the same) and knowing the uncertenty of this life on earth, and being desirous to settle things in Order doe make this my last will & Tesatment in manner & for me following:

That is to say first & principally, I comend my Soule to Allmighty God my Creator assueredly belieiving that I shall receive full pardon & free remission of all my Sins, & bee saved by ye prsious death & meritts of my blessed Savior & Redeemer Christ Jesus, & my body to ye earth whence it was taken to bee buried with such decent, & Christian manner as to my Executrix herafter named shalbee thought meet & convenient And as touching such worldly estate as ye Lord in mercy hath lent mee, my will & meaning is the same shalbee imployed, & bestowed as here after by this my will is expressed:

And first I doe revoke renounce frustrate, & make void all wills by mee formerly made or declared by w____ writing & declare, & appoint this my last will & Testament & none other:

First I will that those debts & duties as I owe in right, & Conscience to any manner of pson or psons whatsoever shalbee well & truly contented & payd, or ordeined to bee payd wthin convenient tyme after my decease by my Executrix:

Item: I give & bequeth to my daughter Mary Jones, the wyfe of Thomas Jones five pound: & to my grand childe Ann Bates the child of my daughter Sarah Old[a]m five pound pvided shee be alive at my decease:

Item: I give & bequeath the residue of all my goods Chattells lands howsings debts bills bonds wth all other Rights and privilidges to mee any ways appertaining to belonging: (after my debts pay’d my funerall expences performed & these my Lagasies conteined in this my prsent Testament fullfilled) unto my deare & wel beelooved wyfe Ursula North whom I doe make & ordeine my sole Executrix:

Also I doe make & Ordeine my trustie and wel beeloved ffriends Mr Tho. Bradbury & Richard Wells both of Salibury Overseers fo this my Will & Testament and for their care & paynes therin I bequeath to each of them tenn shilligs as a token of my love: And In witness that this is ye Act & deed of mee the said Richard North I have herunto sett my hand & seal the daye and year above written.

Richard (his) mark ) North (SEAL)
Attested by Tho. Bradbury and Mary Jones, now wife of Nath Winsley. [no date]
=====

Inventory of the estate of Richard North of Salisbury, taken Mar 16, 1667, by Richard Wells, Henry Browne and Sammuell ffelloes:

Francis (his W marke) Bate and wife Ann (her D mark) formerly Ann Oldum acknowledged the receipt from Ursula North, executrix of Richard North of Salisbury, deceased, of a legacy given to said Ann in the will of her grandfather, Richard North, Oct. 4, 1669.
Witness: Tho: Bradbury and Richard Wells.
Acknowledged by both Oct 5, 1669, before Robert Pike (son-in-law of Joseph MOYCE), commissioner.

Thomas (his O mark) Jones of Gloucester, formerly called Cape Ann, acknowledged receipt from Ursula North of Salisbury, widow, of a legacy given to his wife Mary in the will of her father Richard North of Salisbury, late deceased, July 24, 1669.
Witness: Tho. Bradbury and William Bradbury.
Proved by oath of the witnesses in court at Salisbury Apr. 29, 1673
(Norfolk County Records, Vol. 2, leaf 292)

Susanna Martyn and Mary Jones making application for the division of the estate of Richard North between them, by virtue of a judgment of the Court of Assistants in March 1673-4, which declared that said North’s will was not legally proved and referred it to the Norfolk court 14:2:1674, affirmed that it had been legally proved, and Capt. Bradbury testified that he was one of the witnesses before the court and at the time he was compos mentis. (Salisbury Quarterly Court Records, Vol. 2, leaf 28)
Court 14:2:1674, ordered that the papers put into this court about North’s will be delivered to Susannah Martyn and Nathll. Winsley, each to have their own papers, all except the copp of the judgement of the Court of Assistants, last past.
(Salisbury Quarterly Court Records, Vol. 2, leaf 30)

In 1671, George and Susanna MARTIN (her sister Mary Jones would join them later) became involved in lengthy litigation over Ursula North’s inheritance, most of which Ursula had left to her granddaughter, Mary Jones Winsley. The court sided against Susannah and George, though Susannah was able to bring five further appeals, each being decided against her. In October 1674, their inheritance would be lost when the court found against them in the final appeal.

George Martyn in the right of his wife, and Mary Jones, widow verses Nathaniel Winsly. for withholding the inheritance of housing, lands and other estate, sometime Richard norths deceased, father of said Mary Jones and her sister Martyn, the only surviving children of said North, under color of a feigned or confused writing like the handwriting of Mr. Tho. Bradbury and seemingly attested by him, and Mary Winsly, now wife of the said Nathaniel. Winsly, from which writing the pretended interest of said Winsly, as under Ursula North is derived, and witholded.

1674: Susanna Martyn and Mary Jones making application for the ivision of the estate of Richard North between them, by virtue of a judgment of the Court of Assistants in March,

1673-74, which declared that said Norths will was not legally proved and referred it to Norfolk court, court affirmed that it had been legally proved, and Capt. Bradbury testified that he was one of the witnesses before the court and at rthat time he was compos mentis.

1673: George Martyn & Susana, his wife verses Nathanial Winsly and Mary, his wife. Review of an action formerly tried in Hampton Court Oct 10 1671, commenced by said Martyn against Winsly, for illegally possessing and witholding houses, lands, chattels goods and other estate belonging to the plaintiff, as being their proportion of the estate of Richard North, deceased, father of said Susanna Martyn, all which defendants withold under color of a Pretended nonsence will made about twenty years before the death of said North, under pretence of which Ursula North assumed a right to possess and dispose of the estate to defendants. Special verdict found. If Richard Norths will be legal and legally proved and Ursula, his wife, has power to dispose of the land, they found for defendant, it not, for plaintiff. Court judged the will to be legal. Appealed to the next Corut of Assistants. George Martyn and Joseph Lancaster, both of Amsbery, bound.

29 April 1673: Thomas Jones of Gloster, formerly called Cape Ann, certified that he had received of Ursula North of Salisbury, widow, 5li, it being a legacy given his wife Mary, by her father Richard North of Salisbury, late deceased, said Ursula being executrix of the estate. Witnessesd: Thomas Bradbury and William Bradbury; Sworn by the witnesses at Salisbury Court, April 29