Children of Joseph and Mary:

Children of Mary and Nathaniel:

The biblical Jasiel was one of the mighty warriors in David’s army. He was a native of Metsobajah in Palestine.   Jasiel was a veteran of the revolution: SAR membership: 84026.

Jaasiel Harriman, one of [Col. Joshua] Howard’s companions, came from Haverhill, Mass. He was commonly called “Jesse,” and was a grantee of Haverhill, Bath [NH] and Newbury [VT]. He remained in Haverhill [NH] only a few years and then removed to Bath. His was the first family that settled in that town.

According to the History of Newbury, New Hampshire Jasiel Harriman, sometimes called Joseph Harriman, from whom Harriman’s Pond and Harriman’s Brook are named,  was the first blacksmith in Newbury.  Traditiona says his first anvil was a particularly hard stone laid on a stump.  Harriman soon removed from town, but Joseph Chamberlain was a blacksmith and carried on the trade for many years.

Situated at the south end of Lake Sunapee, Newbury has gone through numerous name changes. It started in 1753 as “Dantzic”, after the Baltic seaport. The first provincial grant in 1754 named the town “Hereford”, in honor of Edward Devereaux,Viscount Hereford. Colonial Governor John Wentworth renewed the grant in 1772 under the name “Fishersfield”, for his brother-in-law, John Fisher. The town was finally incorporated as “Newbury” in 1837, as suggested by settlers originally from Newbury,Massachusetts.

The town was granted to the Rev. Andrew Gardner and 61 others on September 10, 1761 by Governor Benning Wentworth, who named it for William Pulteney, 1st Earl of Bath. It was first settled in 1765 by John Herriman from Haverhill, Mass But the terms of the original grant were unfulfilled, so Bath was regranted on March 29, 1769 by Governor John Wentworth. The first census, taken in 1790, recorded 493 residents.

Situated at the head of navigation on the Connecticut River, and shielded from strong winds by the Green Mountains to the west and White Mountains to the east, Bath soon developed into “…one of the busiest and most prosperous villages in northern New Hampshire.”Intervales provided excellent alluvial soil for agriculture, and the Ammonoosuc and Wild Ammonoosuc rivers supplied water power for mills.

Children of George and Elizabeth 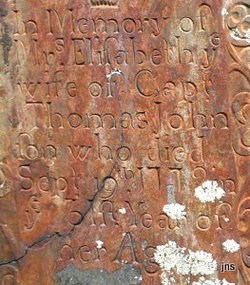 Child of Abigail and Jeremiah

Children of Joseph and Mary:

Joshua was a brickmaker in Brooksville. He was on the muster rolls of Ft. Pownall for two years.

Brooksville, Maine “A town in the Revolution, by Walter A. Snow reports: “The home of Joshua Gindle was at North Brooksville in the field by the present [1976] Francis Lymburner home on the western side of the Bagaduce River. A hop vine planted nearly 200 years ago still climbs bravely over the remains of the old cellar wall of the house built by this young pioneer. It was planted, no doubt, by the bride Anna (Lowell). These Lowells were of the Boston family.

Reuben Grindle was one of three sons of John Grindle and his second wife Elizabeth. children: William, Daniel and Reuben.

It is an appraisal of his estate made Apr. 18, 1794 by Giles Johnson, Seth Blodget and John Grindle (Vol. 1, p. 80).” Reuben administered the estate. “The Grindle Family of Hancock County, Maine” (1978), pp. 11-12: states “Probably it was after Oct. 13, 1762 that John Grindle and his family settled permanently at Bagaduce since a deed of that date reveals he was a husbandman residing in ‘New Township head ot Berwick called Lebanon and Dorothy his wife, for $L13 sells Nathan Downes and Tristam Fall, both of Berwick all our rights in real estate of Matthew Farnam, dec’d, former husband of Dorothy, in Lebanon (ME.).” [quoting “Abstracts from Unpublished Deeds of York Co., ME” {LDS, Salt Lake City} by Dr. B. Lake Noyes, Vol. 37, York County Deeds.] “The Grindle Family…” continues: “During the Revolution Mr. Grindle’s political leanings were with the Tories, but four of his sons, Ichabod, William, Daniel and Reuben chose the side of the Patriots as did his sons-in-law, Thomas Davis, and Major Pelatiah Leach who all served on the side of the Americans.

Reuben born 20 Mar 1757, Lebanon, Maine. Vital records list “Lebalon”. Lebanon is a town in York County, Maine. On April 20, 1733, the Massachusetts General Court granted Towwoh Plantation to 60 colonists, who first settled it in 1743. The township was incorporated on June 17, 1767, renamed Lebanon after the biblical land of Lebanon. Dover, Maine is approximately 15 miles south of Lebanon, Maine.

Joshua, John, Ichabod, Daniel and Reuben Grindle were early settlers of Brookville. Ichabod, Daniel and Reuben were Revolutionary soldiers. The family, or at least some of them came from Newburyport, Mass and they were English people. John delivered the mail from Sedgewick to Passamaquoddy 1790. It took two weeks to make the trip along the shore in a small boat. john took up land about half way between what is now Brooksville and North Brooksville Reuben, Ichabod and Daniel owned land at West Brookville. (Limeburner, Grace. Stories of Brookville. 1924 (35)

Children of Priscilla and Henry

Parsonsfield was part of a large tract of land sold on November 28, 1668 by Newichewannock  Indian  Chief Sunday (or Wesumbe) to Francis Small, a trader from Kittery. The price was two large Indian blankets, two gallons of rum, two pounds of gunpowder, four pounds of musket balls and twenty strings of Indian beads. Small then sold half his interest to Major Nicholas Shapleigh of what is now Eliot. In 1771, heirs sold the township to Thomas Parsons and 39 associates, upon which it was surveyed into 100-acre lots. Called Parsonstown Plantation, it was first settled in 1772 by 12 families.

On Aug 29, 1785, the town was incorporated as Parsonsfield after Thomas Parsons, one of the largest proprietors. The Blazo-Leavitt House, a fine example of the Federal style, was built in 1812.

Nathan Merrill SAR Membership: 51157  He was said to be at Bunker Hill.

This entry was posted in 10th Generation, Line - Miller and tagged Newbury. Bookmark the permalink.