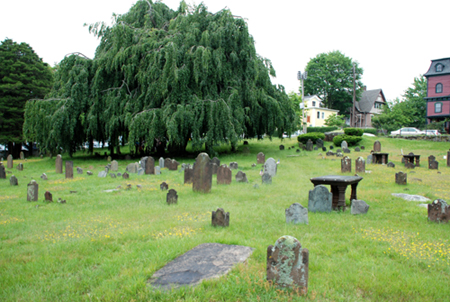 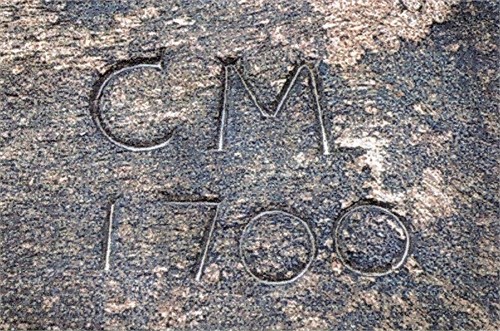 Martha Wellman was born in 1652. Her parents were William Wellman and Elizabeth Spencer.  Martha died on 5 Jul 1681.

Lieutenant Clement Miner went to Nameaug (New London), CT in 1658 with his father’s family. When his father moved from New London to Quiambog and Togwonk in Stonington, Clement remained behind and became a permanent resident of New London.  He received a grant of land near to that of Walter Palmer’s whose land it abutted on the south. In Sept 1669, Clement applied for a house lot next to that of Grace Chappell. He was a very active man and held many public offices in the town.

“Alexander Piggin hath given him [Clement Miner] some land at the head of Mill Cove, enough to make three or four pitts for dressing of leather amongst the springs. It is voted and agreed that Clement Miner have sold him sixe acres upland ovev against his house upon the north side the highway that goes to Miantick [East Lyme], and 8 acres of swampy land near Goodman Houghs, which land is for consideration of 8 wolves by him killed. And the towne doth order the Townesmen to give him a deed of sale for the same.”

Clement was a Lieutenant in the Militia which was a considerable honor in his day. In the records of New London, Clement is mentioned as “Deacon” or “Ensign”, but the record of his appointment as Ensign has not been found. With his father and brothers, he served in King Philip’s War in 1676, and as a volunteer, was granted a lot in Voluntown, Connecticut. (See Great Swamp Fight – Aftermath for details)

” Wm. Hough, John Stebbins, Clement Miner, and Isaac WILLEY to lay out the King’s highway between New London and the head of Niantick river.

In October 1692, and in May 1696, Clement served as a Deputy for New London in the Connecticut General Court.

On April 30, 1691 he joined the First Congregational Church at New London. It is thought that his election to the office of Deacon was soon after the death of Deacon Hough, 10 Aug 1683. Shortly after this date, the Pastor, Rev. Bradstreet, died, and this probably explains why no record of Clements election of the Deaconate was made.

At a town meeting on 19 Dec 1683, Clement and several others formed a committee to seek advice in securing a minister for the town to replace Rev. Bradstreet. Ensign Clement was one of those appointed to assign seats in the meetinghouse.

” Voted, that Maj. John Winthrop, Maj. Edward Palmes, Capt. James Avray, Mr, Daniel Wetherell, Mr. Christo. Christophers, Tho. Beebe, Joseph Coite, John Prentis Sr., Clement Miner, Charles Hill, are appointed a committee in behalf of the towne to send a letter by Capt. “Wayne Winthrop to the reverend Mr. Mather and Mr. Woollard (Willard) ministers at boston for there advice and counsell in attayueing a minister for the town to supply the place of Mr. Bradstreet, deceased, and that the sd Capt. Winthrop shall have instructions from the sd Comittee to manadge that affaire with them.”

Clement saw service in King Philip’ War when he would have been about 37 years old.  As a volunteer, he was granted a lot in Voluntown, Connecticut.

Clement and Martha were the parents of eleven children, all born in New London. Clement was commissioned Ensign of the 1st New London Company in May 1708, and he was chosen as Lieutenant on May 25, 1715. Thus, he is often referred to as Lt. Clement Miner. According to Joshua Hempstead’s diary, “Lt Clement Miner aged 71 & more died of a plursie” April 8, 1740, in New London. He was probably buried in the town’s ancient burial grounds where his father was buried in 1700, but no record of his burial has been found.

Our branch of the Miner and Stebbins families became very close with several intermarriages in the next generations.

Children of Phebe and John:

History of New London county, Connecticut, with biographical sketches of many of its pioneers and prominent men (1882) by Hurd, D. Hamilton (Duane Hamilton) (Story of founding of Voluntown)