Posted on September 7, 2013 by markeminer

The 17th and youngest son  Caleb lived until 1908, most likely the last surviving second cousin of Alex’s fifth great grandfather Isaac HAWES (1765 – 1840) or any second cousin from his generation for that matter.  Caleb’s coffee brand Chase & Sanborn lives on today (See below)

Children of Job and Polly:

.
Children of  Job and Phebe:

From  The History of Barnstable County Massachusetts published 1890

Job Chase [Jr.]  was born August 8, 1776, at the ancestral home, near which, on the west bank of the river, he subsequently reared a home, where he died January 12, 1865. The limited means for obtaining an education in his boyhood were scarcely improved when he embarked upon his business career, in which he must rely upon a retentive memory and a keen perception for his measure of success. He engaged in a fishing and mercantile business in which he attained a high point among those of the south shore, owning the controlling interest in as many as fifteen vessels at a time.

In 1831 he erected, on the river, a store which was used by him and his sons until a few years ago, and in this he kept the first post office of West Harwich. In 1842 he built the wharf which is still in use, and also built the schooner Job Chase, of eighty-five tons, from timber cut upon his own lands, lands now robbed of their trees, but where, before his time, his father, Job, had also cut the timber for vessels which he built there. Other vessels were built for his use at Hamden, Me., and at Dartmouth. In his fishing business he fitted out a large fleet.

He was largely interested in public affairs, also in affairs of the church, and in both was an important factor. He served his town as a selectman, and was a representative from Harwich in the legislature. In the erection of the West Harwich Baptist church he was a large contributor, continuing’ substantial material and spiritual aid during his life.

He was one of the original stockholders in the old Yarmouth bank, and was among the foremost in all the public enterprises of his day, giving employment to a large number of men ‘in building up the interests of West Harwich. In his death the town sustained a severe check to its growing business and a great loss in its social and religious circles.

[I usually don’t continue to great grandchildren, but will make an exception here to show how dangerous fishing was in the 19th Century.  Six of Job’s first eight boys were lost at sea]

In the 1850 census, Isaiah and Hannah were farming in Harwich with five children at home.

As a shipmaster, Job was lost at Sea Jan 1825 out of Harwich

Sear’s wife Anna Knowles’ was list as “Of Orleans” in their marriage intentions.

Darius was an artist and a restorer of oil paintings. He worked in Boston as a restorer from 1844 and 1848. In 1851 he was living in Philadelphia. Some time during the 1850’s he moved to Charleston, South Carolina where he ran a gallery and worked as a restorer. A register of his gallery from 1857 to 1858 is included in the The Joseph Downs Collection at the Winterhur Library. The 44 page volume includes a list of people who visited the gallery and a list of artists whose works he supposedly exhibited. Also included are remarks that Chase made on the techniques of painting restoration.

Here are a few of the paintings Darius restored that are in the collection of the Massachusetts Historical Society. It looks like Darius worked for the society in the 1840’s.

George Washington A copy from the original, painted by Peale in 1779, and captured by
Admiral Keppel while on its way as a present to the Stadtholder of Holland, and now belonging to Keppell’s descendant, the Earl of Albemarle, Quiddenham Park, Norfolk. (60 x 96.) Given by Alexander Duncan, Esq., Sept. 10, 1874. The first portrait by Peale is in possession of Charles S. Ogden, Esq., of Philadelphia. Painted by Joseph Wright, Philadelphia, 1784. Restored by Darius Chase, 1845. (30 x 37.) Given by Israel Thorndike, Dec. 31, 1835.

Marquis de Lafayette. Commissioned in Paris by Thomas Jefferson in 1790 for his gallery of American heroes, this Joseph Boze painting represents Marie-Joseph Paul Yves Roch Gilbert du Motier, the Marquis de Lafayette, at the pinnacle of his career. Restored by Darius Chase, 1844-45, and again by George Howorth, 1858. (28 Ji x 36.) Given by Mrs. J. W. Davis, Aug. 25, 1835 When President Jefferson died and his estate proved insolvent, his collection of paintings was exhibited in New York and at the Boston Athenaeum prior to a sale at Chester Harding’s Boston gallery in 1835. This portrait was purchased at that sale and presented to the Massachusetts Historical Society the same year.

Judah was a merchant

Joseph chose the occupation of a farmer, in which he was prominent. In the 1860 census, Joseph and Rose were farming in Harwich with three children at home.

Alfred’s wife Azubah Taylor was baptized 29 Dec 1819 in Chatham, Barnstable, Mass. Her parents were John Taylor and Hannah Harding. Azubah was a school teacher in Chatham, Mass when they married in 1845. Alfred and Azubah had six children born between 1846 and 1862. Azubah died 16 Nov 1899 – Leominster, Worcester, Mass.

In the 1860 census, Alfred was a merchant living with Azubah, four children and an Irish domestic in Harwich.

George was a sea captain.

Erastus was in mercantile business at West Harwich near Herring river—a continuation in part of his father’s business—having kept the post office twenty-four years and acted as deputy collector of internal revenue a period of four years. 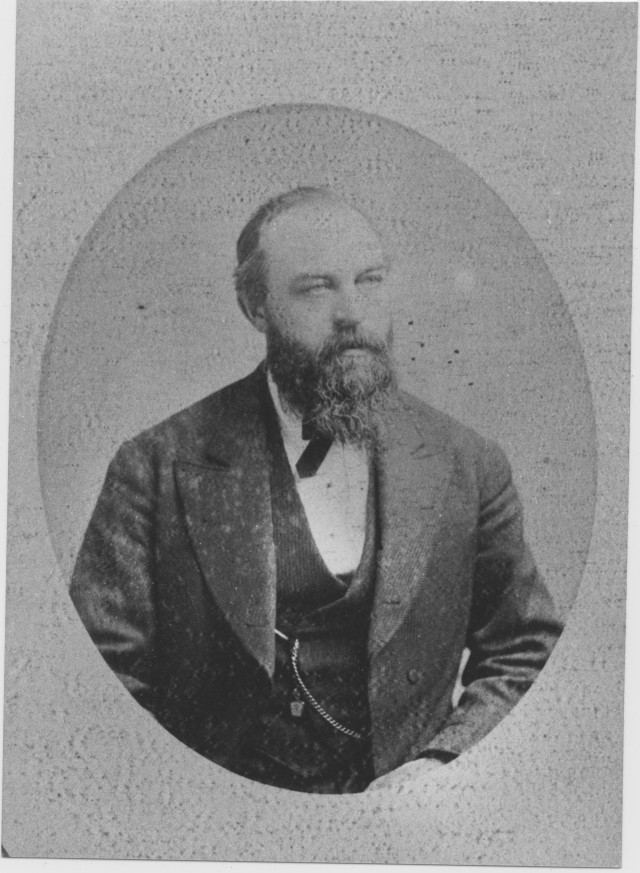 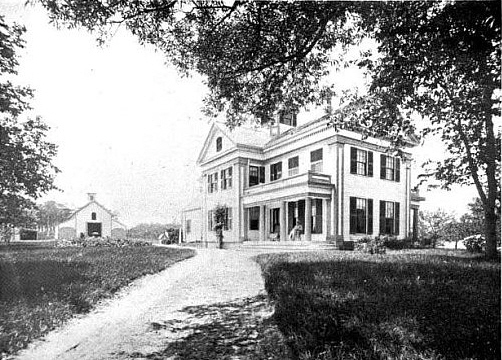 Joshua  originated the manufacturing firm known as the Union Paste Company of Boston, which is continued by his son-in-law, Anthony Kelley. The wonderful fish product called Chase’s Liquid Glue has become celebrated.

James and Esther moved to California. In the 1860 census, he was a miner in Liberty, Klamath, California. 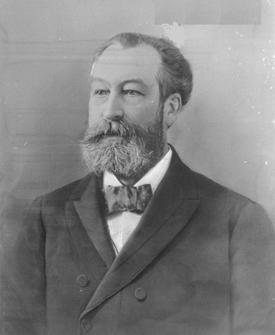 Caleb was not content with the opportunities offered in the business of his ancestors, at the age of twenty-three went to Boston, where he entered the employ of Anderson, Sargent & Co., a leading wholesale dry-goods house. 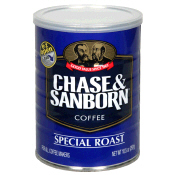 He traveled in the interests of this house on the Cape and in the West until September, 1859, when he connected himself with the grocery house of Claflin. Allison & Co., which connection was severed January 1, 1864, and soon after the firm of Carr, Chase & Raymond was formed. It 1871 the firm of Chase, Raymond & Ayer was organized, which existed until 1878, when the present firm of Chase & Sanborn commenced business. Mr. Chase is now the head of this house, than which save one other, there is no larger concern in the coffee trade in America. They have branch houses in Montreal and Chicago. He owns the homestead at West Harwich where his summer vacations are spent.

The Chase and Sanborn Hour was the umbrella title for a series of US comedy and variety radio shows,  usually airing Sundays on NBCf rom 8pm to 9pm during the years 1929 to 1948.

The series began in 1929 as The Chase and Sanborn Choral Orchestra, a half-hour musical variety show heard Sundays at 8:30pm on NBC. When Maurice Chevalier became the show’s star, he received a record-breaking salary of $5000 a week. Violinist David Rubinoff  became a regular in January 1931, introduced as “Rubinoff and His Violin.”

With Chevalier returning to Paris, Eddie Cantor was chosen as his replacement and the new 60-minute program, The Chase and Sanborn Hour, was launched September 13, 1931, teaming Cantor with Rubinoff and announcer Jimmy Wallington. The show established Cantor as a leading comedian, and his scriptwriter, David Freedman, as “the Captain of Comedy.” When Jimmy Durante stepped in as a substitute for Cantor, making his first appearance on September 10, 1933, he was so successful that he was offered his own show. Then the world’s highest paid radio star, Cantor continued as The Chase and Sanborn Hour’s headliner until November 25, 1934.

Chase and Sanborn found a gold mine with a wooden dummy when Edgar Bergen and Charlie McCarthy began an 11-year run, starting May 9, 1937. Initially this incarnation of the program also featured as regulars master of ceremonies Don Ameche, singers Dorothy Lamour and Nelson Eddy, and (for the first few weeks) comedian W.C. Fields, accompanied by a different guest star each week. Perhaps the most infamous of the latter was Mae West, whose appearance on the program of Dec 12, 1937 was highlighted with a sexually suggestive “Adam and Eve” sketch that caused a public outcry and resulted in West being banned from the radio airwaves for many years thereafter.

Chase & Sanborn Coffee is an  American   coffee  brand  created  by the coffee roasting and tea and coffee importing company of the same name, established in 1862 in Boston,Massachusetts. It claims to be the first coffee company to pack and ship roasted coffee in sealed tins.

When Standard Brands was formed in 1929, it acquired Chase & Sanborn, where it remained until 1981 when the company merged into Nabisco. Kraft Foods sold the brand to Sara Lee in 2002, and the Chase & Sanborn, Hills Bros., MJB, and Chock Full O’ Nuts brands were sold to Massimo Zanetti Beverage Group in 2006.