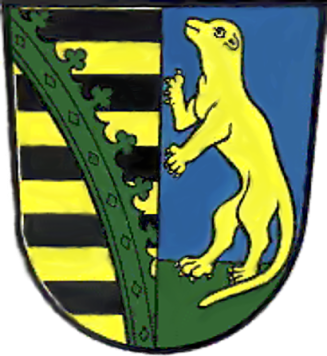 Gysje (Gissel or Geesie) Geesje Barentsdotter was born in 1591 in Osterbruch,  Germany. She was known as Barents and Barentsdr. (Barentsdotter) meaning “daughter of a man named Barent”.  At the time Gissel was living on the Schaepensteegje or Sheep Alley in Amsterdam, Netherlands. Geesie’s husband Barent Rottmer is never listed, so it is assumed he died before 1632.  After Barent died, she married Pieter Jacobse Van Rynsburgh.  They emigrated on the Den Waterhondt which  sailed from the Texel on 15 June 1640 and had arrived in New Amsterdam by 25 Oct 1640.

Pieter Jacobsz  Van Rynsburgh was the  gunner at Fort Orange. He filed a joint will with Gysje  in June 1642 in New Amsterdam.  On 12 Apr 1658 Pieter made the first of three payments to the deacons for an adult pall at Fort Orange, so it is likely that Geesjie had died that previous winter or in the spring. Pieter went on to marry Elisabeth d’Honneur.

Children of Albert and Annatje:

Gissel or Geesie Barentsdr. [Barentsdochter] assisted her daughter Annatie Barents Van Rottmer at the signing of banns on 27 March 1632 for her marriage to Albert Andriessen. Annetie was 24 years old. When Annatie’s brother Barent Barents signed his banns at the age of 22, on 21 Apr. 1632 he too was assisted by his mother. At the time Gissel was living on the Schaepensteegje or Sheep Alley in Amsterdam, Netherlands. Geesie’s husband Barent Rottmer is never listed, so it is assumed he died before 1632.

The passenger list of Den Waterhondt, which sailed from The Texel in June or July 1640 for New Netherland, lists Gijsje Berents, wife of Pieter Jacobsz. Gijsje was charged with board on den Waterhondt in 1640 and credited with 28 days work done by her husband at the home of Arent van Curler. Pieter Jacobsz may have been the “constapel” of Fort Orange, who on 15 April 1652 by order of Johannes Dyckman, tore van Slichtenhorst’s proclamation from the house of Gijsbert Cornelisz, tavern keeper.

Annetje Barents Van Rotmers d. in 1662, and on 10 July, 1663, her children gave to Storm Albertsen Van Der Zee, her eldest son, power of attorney to collect property inherited from Pieter Jacobsen van Rendsburgh (Rynsburgh), husband of Geesie Barents, their maternal grandmother (Notary Papers at Albany, p. 347). This right enabled Storm to sell a share in a house and lot at New Amsterdam inherited from his mother and occupied by Burgomaster Allard Anthony. Geesie Barents was in this country as earlv as 1642, for in June of that year Pieter Jacobsen, b. in Rendsburgh (probablY Rendsburg, a town of Prussia, in Holstein, on the Eider), and “Gysje Pieters” (Pieters meaning wife of Pieter), both of Fort Orange, made a joint will (Berthold Femow’s Calendar of Wills, No. 956) in which real and personal property was left to her dau. “Annitje Alberts*’ (Alberts meaning wife of Albert). In 1667 Geesie Barents was at Kingston, N. Y., standing as one of the sponsors for Cornelia, dau. of Roelof Swartwout and Eefgen Albertse Bratt.