The couple with Geesje’s two children sailed 9 May 1661 and arrived New Amsterdam 6 Aug 1661 on The Dutch ship De St. Jan Baptist. His brother JanTeunissen PIER from Amsterdam, wife and 2 children 4 & 1 1/2 was also aboard. Arent died in 1703 in Hurley, NY. 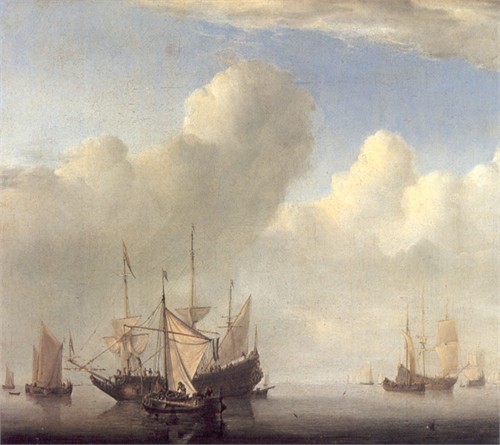 Geesje Jans was born about 1632 in Norden, Aurich, Niedersachsen (Lower Saxony), Germany on the North Sea.  Her parents were Jan DOETS and Rachel [__?__] She first married Pieter Carstensen on 14 Jul 1654 in Amsterdam, North Holland, Netherlands. Pieter Carstensen died in 1659 in the East Indies, leaving two underage children in Amsterdam. Geesie died in 1703 in Kingston, NY.

Norden is one of the oldest cities in East Friesland. In 2005 they celebrated the 750th Anniversary of first documentary mention

Today Husum (North Frisian: Hüsem) is the capital of the Kreis (district) of Nordfriesland in Schleswig-Holstein, Germany, but in Pieter Carstensen’s era it was under Danish control and like most towns at the North Sea it was often impacted by strong storm tides. In 1362 a disastrous storm tide flooded the town and carved out the inland harbor. Before this date Husum was not situated directly at the coast as it is today.

Nordstrand is also a part of modern day Schleswig-Holstein, Germany, but as noted above it was also part of the Kingdom of Denmark in the 16th and 17th centuries. In medieval times Nordstrand was also a part of the larger island of Strand when it was torn into pieces in a disastrous storm tide in 1634, which drastically reduced its land mass. Other remnants of Strand are Pellworm and the Halligen islets. Today Nordstrand’s area is only 19.5 square miles making it slightly smaller than the Island of Bermuda at 20.6 square miles.

Norden is a town in the District of Aurich in Lower Saxony in modern day mainland Germany. It is situated on the North Sea coast line and also borders the former Danish Duchy of Schleswig- Holstein (to the southwest).

Children of Gessje and Pieter Carstensen:

.
Children of Pieter and Janetje:

Arent Teunissen operated Salt Kettles in Coney Island in 1661. A salt kettle is used to produce salt from seawater. Fires were stoked under the kettle, and as the water boiled off, salt was left behind

14 Oct 1660 – Amsterdam Orphan Court Geesje Jans appeared before the court. Evidence of Pieter Carstensen’s death in the East Indies was introduced and the widow testified that her deceased husband left their two children without any inheritance.

28 Apr 1661 – Amsterdam Notary Office – Arent Teunissen signed a contract with Dirck de Wolfe, a major investor in New Netherland, to go to Gravesend [Brooklyn] and select
a site where he was to build and operate a salt kettle.

Subsequently, “de Wolff hired Arent Theunisz [Teunissen] a blacksmith [and locksmith] from Amsterdam to go to New Netherland with his wife and family and serve as his agent for the selection of a site [to build and operate a salt kettle]. Dirck de Wolff held promissory notes from Theunisz dating back to 1659 and he may have used them as leverage in persuading him to immigrate. In any case, Theunisz carried instructions to build the salt refinery on a suitable site near the sea. The blacksmith and his family were to be given the use of a house to be constructed at company expense. After the selection of the site and the completion of the house, Theunisz was to ‘cook salt day and night’ in exchange for his expenses, food, drink, housing, and 15 fl. per month salary. If the salt refinery succeeded in producing profits, Theunisz was to receive a 5 fl. per month raise and 25% of the gross production of salt to sell for his own profit. The actual salt refining was the responsibility of Evert Pietersz an Amsterdam merchant who had some experience in the: ‘art of salt production.’ Evert Pietersz was also a junior partner of de Wolff and received for his work one-quarter of the production in addition to his dividends from the company. Problems arose immediately when Theunisz chose a site on Coney Island [in Brooklyn] near the English settlement of Gravesende . . . as the site lay on land used by the villagers as a common meadow for cattle and sheep.”

As a result, the venture was openly opposed and constantly sabotaged by the English settlersat nearby Gravesend and “on one occasion the English villagers threatened to throw Theunisz and Pietersz into their own fire” used to boil the sea water to produce the salt so it is evident that Arent Teunissen’s sojourn on Coney Island was perilous. The difficulties continued and eventually forced de Wolff to abandon the salt refinery after two years.

Coney Island was the westernmost of the barrier islands of Long Island about four miles long and one-half mile wide. However, it is no longer an island as Coney Island Creek, which was little more than tidal flats that separated it from the main part of Brooklyn was filled in for construction of the Belt Parkway in the 20th century.

At sea after 9th May, Arrived 6th August 1661 – The Dutch ship De St. Jan Baptist transported Arent Teunissen, his wife Geesje Jans and her two children of her first marriage

1661/62 – Arent Teunissen selects a site on Coney Island [Brooklyn] for his house and the salt refinery. Located near Gravesend, on land used for grazing by the English residents of this village, the salt kettle venture was openly opposed, often sabotaged and eventually abandoned.

1677/78 Arent Teunissen sells a house and lot in Hurley and returns to Kingston.