Sir Henry (Williams) CROMWELL (1524 – 1604) (Wikipedia) was Alex’s  12th Great Grandfather, one of  8,192 in this generation of the Shaw line. He was a Knight of the Shire for Huntingdonshire and a grandfather of the famous Oliver Cromwell. 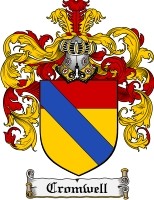 Joan WARREN was born about  1540.  She was daughter and heir of Sir Ralph WARREN, (Wikipedia) Alderman and Lord Mayor of London.  Joan died 22 Aug 1584.

Children of  Henry and Joan: 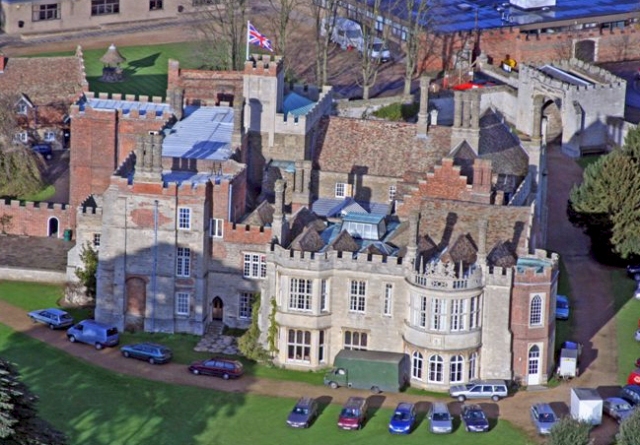 Sir Henry was known as the Golden Knight. He inherited wealth, but due to carrying out extensive building projects, e.g. a summer retreat at Ramsey, and a remodelling of Hinchingbrooke House, combined with the cost of his lavish entertaining, all bringing work and wealth to the neighbourhood, earned him his nickname, but also depleted the family coffers. He served as Sheriff of Huntingdonshire four times, and represented the county in parliament on one occasion, (from the creation of the Parliament of England  in medieval times until 1826 each county of England and Wales sent two Knights of the Shire as members of Parliament to represent the interests of the county) But he was not considered a figure of national importance at the time, although well thought of by the locals.

In 1590, Susan Weekes, Lady Cromwell, visited the Throckmortons of Warboys and had an exchange of words with Alice Samuel in which Alice uttered the fatal words “I never did you any harm as yet”.  Soon after, Lady Cromwell fell ill and died. Alice was tried on 5 Apr 1593 for the murder by witchcraft of Lady Cromwell. They were found guilty and hanged. Their property was confiscated by Lady Cromwell’s husband, Sir Henry, who used the proceeds to pay for an annual sermon against witchcraft to be preached in Huntingdon in perpetuity.

Alice Samuel’s maiden name is unknown. She was the wife of John Samuel of Warboys, Huntingdonshire and had a daughter named Agnes. In Nov 1589, ten-year-old Jane Throckmorton, daughter of Robert Throckmorton of Warboys, who may have been an epileptic, accused Alice Samuel of being a witch. Within two months, Jane’s four sisters, ranging in age from nine to fifteen, and seven of the family’s servants, began to imitate Jane’s symptoms in order to share the attention she was getting. They forced Alice to move in with the family as a servant. In 1590, Susan Weeks, Lady Cromwell, visited the Throckmortons and had an exchange of words with Alice in which Alice uttered the fatal words.   Soon after, Lady Cromwell fell ill.  She died in Jul 1592. At Christmas that year, when Alice, at last fed up, ordered the Thockmorton girls to stop their erratic behavior, they surprised her by obeying. All this led the local pastor, Dr. Dorrington, to convince Alice that she should confess to witchcraft. She did so, but retracted her confession the next day. The retraction did her no good. She was taken before William Wickham, Bishop of Lincoln, where, once again, she was coerced into confessing. This time she admitted to having three familiars—chickens named Pluck, Catch, and White. With her husband and daughter, now also accused by the Throckmorton girls, Alice was tried on 5 Apr 1593 for the murder by witchcraft of Lady Cromwell. They were found guilty and hanged. Their property was confiscated by Lady Cromwell’s husband, Sir Henry, who used the proceeds to pay for an annual sermon against witchcraft to be preached in Huntingdon in perpetuity.  This annual sermon was still being preached almost two hundred years later as late as 1787. A pamphlet (The Most Strange and Admirable Discovery of the Three Witches of Warboys) published in 1593 memorialized the trial.

Joan’s father and Alex’s 14th great grandfather was  Sir Ralph WARREN (c. 1486 – 11 July 1553) (Wikipedia)    Sir Ralph was son of Sir Thomas WARREN, a fuller in, and sheriff of London, in 1528; and grandson of William WARREN, of Fering, in Essex.  Sir Ralph was a mercer and alderman of London, and Lord Mayor in the years 1536, and 1543; he was knighted in the first year of his mayoralty by King Henry VIII. He was buried in the chancel of St. Osythe’s, (also known as St Benet Sherehog) under a fair marble tomb, with this inscription, “Here lyeth buried the right worshipful Sir Ralph Warren, knight, alderman, and twice lord mayor of London, mercer, merchant of the staple at Callis, with his two wives, dame Christian and dame Joan”, and “Sir Ralph departed this life the 11th day of July, 1553”. 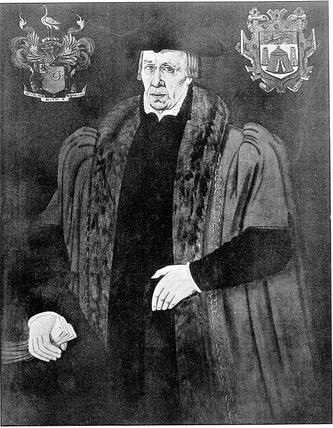 The Right Honourable Lord Mayor of London is the legal title for the Mayor of (and head of) the City of London Corporation The Lord Mayor’s main role is, as it has been for centuries, to represent, support and promote the businesses and the people of the City of London, . Today, these businesses are mainly in the financial sector and the Lord Mayor is seen as the champion of the entire UK-based financial sector The office was instituted in 1189. .  The mayor of the City of London has been elected by the City, rather than appointed by the Sovereign, since a Royal Charter providing for the same was issued by King John in 1215.  Lord Mayors are elected for one-year terms; by custom, they do not now serve more than one consecutive term. Numerous individuals have served multiple terms in office, including Sir Ralph.

The Lord Mayor is elected by Common Hall, all Liverymen of the City’s Livery Companies. Common Hall is summoned by the sitting Lord Mayor; it meets at Guildhall on  Michaelmas Day (29 September) or on the closest weekday. Voting is by show of hands; if, however, any liveryman so demands, balloting is held a fortnight later.

Since 1385, prior service as Sheriff has been mandatory for election to the Lord Mayoralty. Two Sheriffs are selected annually by Common Hall, which meets on Midsummer’s Day for the purpose. By an ordinance of 1435, the Lord Mayor must be chosen from amongst the Aldermen of the City of London. The people of each of the city’s 25 wards select one alderman, who formerly held office for life or until resignation.

Joan,  survived Sir Ralph, and re-married to Sir Thomas White, knight  and died at her son-in-law Sir Henry CROMWELL’s seat, at Hinchinbrook, 8 Oct, and was buried 4 Nov 1573, in the church of St. Swyth.

2. Sir Henry’s second son Robert was Oliver Cromwell’s father.  The social status of Oliver Cromwell’s family at his birth was relatively low within the gentry class. Robert was a younger son, and one of 10 siblings who survived into adulthood. As a result, Robert’s inheritance was limited to a house at Huntingdon and a small amount of land. This land would have generated an income of up to £300 a year, near the bottom of the range of gentry incomes.  Cromwell himself, much later in 1654, said “I was by birth a gentleman, living neither in considerable height, nor yet in obscurity”

The Lord Protector’s father, Robert Cromwell, younger brother of Sir Oliver and fellow Queensman, settled in the town of Huntingdon. Though a JP and briefly MP for the Borough, he preferred the private life. He was one of the signatories of a certificate to the Privy Council that the draining of the Fens was feasible and “might be performed without peril to any haven or county”. He died in 1617, leaving his wife Elizabeth to bring up their young family – one son, the great Oliver, and six surviving daughters. Elizabeth ran a brewing business to help the family finances and was always close to her son. She died in 1654 in her apartments in the Palace of Whitehall.

5. Henry, went to St John’s College, Oxford, where he became a Fellow. He served as MP for Huntingdonshire and was one of the gentlemen adventurers who financed the colonisation and planting of Virginia.

6.  Richard, was also an MP during the reign of Elizabeth I.

9. Philip Cromwell, followed Henry to St John’s, Oxford, and was knighted by James I. The fate of his sons, all first cousins of the Protector, illustrates the terrible divisions in families caused by the Civil War. The eldest surviving son, Philip Cromwell, was a Major in the Parliamentary Army. He died of wounds sustained in the storming of Bristol. The next son, Thomas, was a Colonel in the opposing Royalist Army. The third son, Oliver, was an MP and also a Colonel in the Parliamentary Army. Sir Philip’s youngest son Richard wisely kept out of the military and at the Restoration rapidly changed his name back to Williams.

10. It is believed that the variant name for the rounded hills Wittenham Clumps (Mother Dunch’s Buttocks) near the Dunch’s family seat at Little Wittenham is associated with Mary Cromwell Dunch.

Memoirs of the protectorate-house of Cromwell : deduced from an early period, and continued down to the present time : collected chiefly from original papers and records, with proofs and illustrations : together with an appendix, and embellished with elegant engravings / by Mark Noble …1784